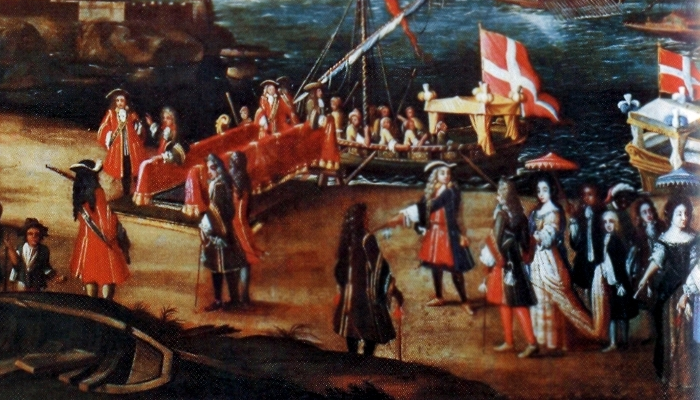 The island Kingdom of Sicily was first under the reign of the House of Savoy from 1713 to 1720 during the reign of King Vittorio Amedeo II. It came about as a result of Piedmontese participation in the War of Spanish Succession alongside Great Britain and Austria. At first, it was proposed to give the House of Savoy both Naples and Sicily (at the time separate kingdoms) but as the Hapsburgs still ruled in Naples this was finally dropped. King Vittorio Amedeo II was more interested in gaining Milan which the Savoy had been reaching for over many years but his Dutch and Austrian allies objected to this. The British, under Queen Anne, finally took decisive action and, being in command of the Mediterranean thanks to the success of the Royal Navy, announced that Sicily would be given to the House of Savoy and King Felipe V of Spain had little choice but to agree and renounce his claim on the island. The British tried to maintain a commanding influence but King Vittorio Amedeo II refused to grant British merchants any additional favors than they had known previously under the Spanish. Still, Britain was convinced that Sicily would be better off and the region more stable under the Savoy.

King Vittorio Amedeo II and Queen Marie d’Orleans arrived in October of 1713 to formally take possession of their new kingdom and were given a joyous welcome from the local population when they were delivered to Palermo by a British naval squadron. Early the next year the Sicilian parliament was assembled to officially swear their allegiance to the new king and the Savoy Crown. The Kingdom of Sicily was to remain legally separate from the continental realms of the House of Savoy but in personal union through King Vittorio Amedeo II. However, there did arise some complaints that the King was putting Piedmontese officials in positions of importance after being less than impressed with the state of affairs that he found on the island with widespread waste and corruption. Still, the Sicilians could not complain too much since financial aid also poured in from Turin to allow Sicily to balance its budget. A census was taken of all people and livestock and the King introduced beneficial reforms to the tax system and the customs office which had been riddled with corruption. Still, many groaned at the additional ‘special taxes’ that had to be implemented to carry out these changes.

The Hapsburgs did not recognize the treaty, the Treaty of Utrecht, by which the Savoy gained the Kingdom of Sicily and so, being just across the straights in Naples, King Vittorio Amedeo II placed priority on improving the coastal defenses of Sicily and raising a new army which consisted of two regiments of volunteers and a unit of royal guards. When King George I came to the British throne and the Royal Navy was withdrawn from the Mediterranean, King Vittorio Amedeo II also took care to expand the Sicilian navy to pick up the slack. The King, of course, ultimately had to return to Turin but left behind a Viceroy to rule in his place. The Viceroys had plenty of problems to deal with as, despite the renunciation of Felipe V, the Spanish maintained agents on the island who spread pro-Spanish and anti-Savoy propaganda and encourage resistance. The reconciliation between France and Austria also posed a potential threat. There was also a ridiculous and frustrating dispute with the Holy See over Savoy rule of the island.

Problems with the Church came about when a local bishop objected to having to pay an import duty on chickpeas. He excommunicated the local customs officials, which some might call just a slight overreaction, but the Tribunal of the Monarchy, which was set up to exercise the special ecclesiastical authority traditionally given to the kings of Sicily since the Norman era, nullified the excommunications. The bishop then placed his entire diocese under the interdict and left to ask help from Rome. The issue was further complicated by the fact that the Pope, Clement XI, did not recognize the authority of the tribunal because he did not recognize the right of King Vittorio Amedeo II to the throne of Sicily because, claiming it as a papal fief and the King of Sicily his vassal, the change in royal leadership had happened without his approval. The King sent agents to Rome to reach an amicable agreement but the Pope refused to consent to the clergy paying any taxes or import duties and ordered the tribunal abolished. The King refused to disband the tribunal and refused to be invested as a vassal of the Pope, on the grounds that Sicily was a sovereign kingdom. The Pope then re-issued the excommunications and interdict as well as placing spiritual restrictions on the local clergy who were loyal to the King while the King had pro-papal clergy arrested. Finally, the Pope did consent to the existence of the tribunal if he could control it but as he still refused to recognize the King, there was no agreement.

The era of Savoy rule over Sicily started to come to an end in 1717 when the Spanish attacked Sardinia which was then ruled by the Hapsburgs. This set off the War of the Quadruple Alliance with Spain on one side and the British, French, Dutch, House of Hapsburg and House of Savoy on the other. The following year the Spanish also invaded Sicily. The British navy won a victory that stranded the Spanish forces and the Austrians sent troops in from Naples. Spain was finally forced to concede defeat but Savoy rule over Sicily would not be restored. Instead, the allied powers essentially forced King Vittorio Amedeo II to take the Kingdom of Sardinia in exchange for Sicily. Although his forces had held no control over the island since 1718, the official hand-over did not occur until 1720 and the King did not relinquish his title as ‘King of Sicily’ until 1723 and was still seeking compensation for the loss as late as the autumn of 1729. Of course, the Crown of Savoy did eventually return to Sicily in 1860/61 with the Expedition of the Thousand under Giuseppe Garibaldi in the name of King Vittorio Emanuele II.
Posted by MadMonarchist at 12:17 PM No comments:

Massacre of the Latins

It is now about the anniversary of an horrific atrocity that most of the world has forgotten, a brutal killing spree known as the Massacre of the Latins. This occurred in April of 1182 in Constantinople, the first city of the Byzantine Empire. At the time, the Italian city-states were powerful forces in the Mediterranean and Italian cities such as Venice, Genoa and Pisa had their own territorial concessions in Constantinople to serve their networks of commerce. Italian states dominated the trade and shipping of the region during that time and, particularly for cities like Venice and Genoa, often served as navies-for-hire in the employ of the Byzantine Emperors. However, there was a great deal of jealousy and mistrust of the "Latins" (as all Roman Catholics were called in the east but in this case they were almost entirely Italian) on the part of the Byzantines and it was not uncommon for the various Byzantine emperors to play the Italian city-states off against each other. There was also always plenty of plots and intrigues within the Byzantine court as men fought for the throne and each faction would usually have the support of one Italian state that would be employed against the others on promises of preferential treatment when that particular contestant for the throne became emperor.

By 1180 the Emperor Manuel I died. He had opposed Venice and so favored Genoa and Pisa but after his death his widow Maria of Antioch (a princess from a French family in the Catholic crusader states) ruled as regent for his infant son Alexios II and she had a pro-Italian, pro-Catholic policy. That was not tolerated for long and in April of 1182 she was overthrown by Andronikos I who came to power on a wave of anti-Italian xenophobia. Byzantine mobs charged into the Italian concessions and began massacring everyone in sight. The new Emperor did nothing at all to stop them or to restore order and the result was butchery on an unimaginable scale. Some of the Italians, sensing the danger, managed to escape before the attack but the vast majority of the 60,000 were trapped and helpless in the face of the Byzantine rampage. Men, women and children were killed in horrific fashion. Homes were destroyed, Catholic churches desecrated, even charitable houses were looted. Priests were tortured and murdered, women and girls were raped and the papal legate was decapitated and had his head tied to a dog and chased through the streets. Sick and dying people were stabbed to death in their hospital beds. It was savagery on an unbelievable scale. Those who were not killed in the bloodbath were sold into slavery to the Muslim Turks. They may well have envied the dead. The boys might have been forced into any number of forms of servitude, the men as well, perhaps serving as galley slaves, the women and girls had it worst of all, many forced into sexual slavery in the harems of the powerful.

It is little comfort that, eventually, Andronikos I is deposed and delivered up to mob justice and killed by his own people, including a few Latins who had, by that time, returned. There can be little sympathy for someone with the blood of tens of thousands of helpless men, women and children on his hands. He also, after overthrowing Maria of Antioch, forced her own son to sign the order for her execution. It is important to remember such an atrocity in order to understand the depth of division that has existed between the Catholic west and the Orthodox east, particularly as it is so often glossed over. Whereas the undoubted outrages of the Fourth Crusade are well known to history, the Massacre of the Latins that came first is seldom mentioned at all. It is also worth noting that, whereas Pope St John Paul II apologized, on behalf of the Catholic west, for the sack of Constantinople in the Fourth Crusade, the Ecumenical Patriarch, nor any other Orthodox leader, has ever acknowledged or issued a similar apology for the Massacre of the Latins. Little wonder then that efforts at reunification and Christian solidarity have yet to find success.
Posted by MadMonarchist at 1:23 PM 5 comments: 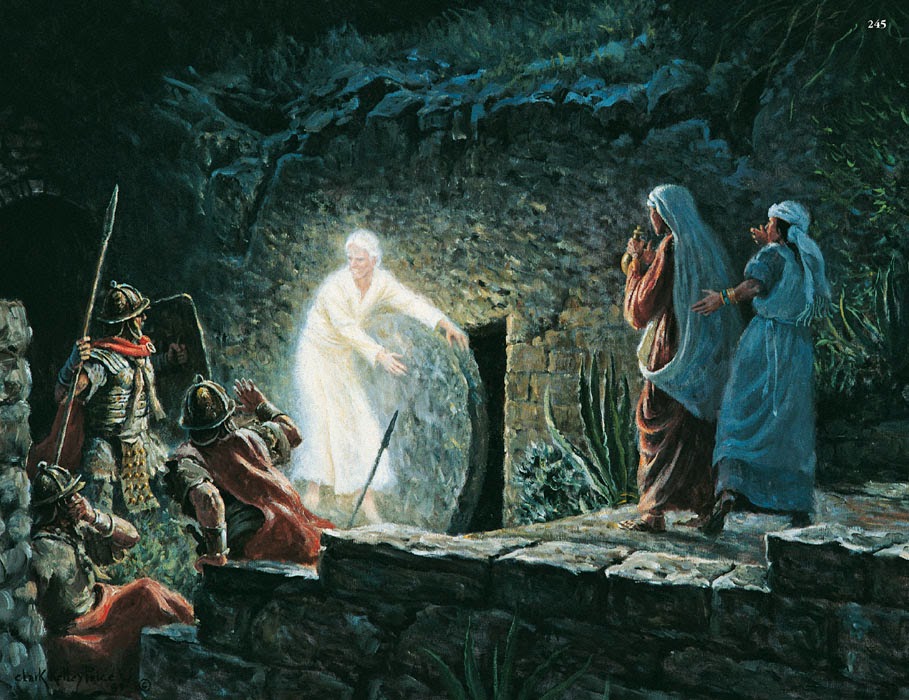 Posted by MadMonarchist at 7:19 AM No comments: