King Vittorio Amedeo II: The first Savoy to obtain the royal crown, he was born in Turin in 1666 and succeeded his father, Carlo Emanuele III, as Duke of Savoy in 1675. By marriage he allied with France and took measures to enforce Catholic unity in his lands, suppressing Protestants and any heretical beliefs. He enacted sweeping reforms of the government, land and tax systems throughout his reign. In the 9 Years War he allied with the Holy Roman Empire and he supported the Hapsburgs in the War of Spanish Succession. He fought heroically against long odds with little help from his allies but at the siege of Turin the arrival of his relative, the great Eugene of Savoy, saved the situation. In 1713 at the end of the war the Treaty of Utrecht made Vittorio Amedeo II the King of Sicily but later he had to exchange this for the Kingdom of Sardinia. That action caused the union of Piedmont-Sardinia. In 1730 he abdicated but a year later tried to restore himself, which he did not do and he died in 1732. 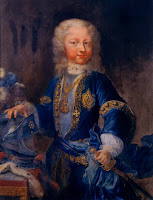 King Carlo Emanuele III: Born in Turin in 1701, he succeeded his father, Vittorio Amedeo II, in 1730 as King of Piedmont-Sardinia. His father abdicated but later returned to reclaim power but was not successful and Carlo Emanuele continued to rule. In the War of Polish Succession he allied with France and Poland against Russia and Austria. He led the army that captured Lombardy from Austria but was obliged to give up the territory in the peace settlement in exchange for other areas. In the War of Austrian Succession he allied with Maria Theresa of Austria and was immediately attacked by vastly superior French forces. Yet, he won a great victory over France at the battle of Assietta which saved his country in spite of having only 7,000 men to the 40,000 men opposing him. In the peace settlement he regained Nice and Savoy as well as other areas and restored friendly relations with Spain. He then improved the defenses of his country, replenished the army and improved education in Sardinia before his death in 1773. 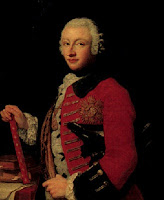 King Vittorio Amadeo III: Born in Turin in 1726, he succeeded his father, Carlo Emanuele III, as King of Piedmont-Sardinia in 1773. He was a conservative and religious man devoted to the army. The people loved him for his good nature and generosity. He enacted administrative reforms and improvements to the national infrastructure but was generally suspicious of change. He founded the Gold Medal of Military Valor and also improved and expanded higher education in his country. His military reforms aimed at following the Prussian model and he hoped to ally with Prussia to offset the Austrian alliance with France. But, when the French Revolution broke out he gave sanctuary to fleeing Bourbon royals and despite the uneven odds declared war on republican France. In spite of the improvements he made to the army, his forces were outmatched and defeated. He died of an apoplexy in Moncalieri in 1796. 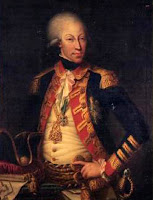 King Carlo Emanuele IV: Born in Turin in 1751, he succeeded his father Vittorio Amedeo III as King of Piedmont-Sardinia in 1796. From the beginning he was forced to make concessions to the French revolutionary forces and was finally forced to go into exile by the French occupation. He withdrew with his family to Sardinia to continue the struggle to reclaim his lost territory. Carlo Emanuele IV was a very conservative, traditional man of deep religious faith. The death of his beloved wife almost destroyed him and he abdicated in 1802 in favor of his brother. He was close friends with Cardinal York of the Stuart royal house, his cousin, and when the Cardinal died in 1807 his followers recognized Carlo Emanuele as “King Charles IV of England, Scotland, Ireland and France” though he made no claim on those countries. In 1815 he took vows with the Society of Jesus and spent the rest of his life in a religious house in Rome. 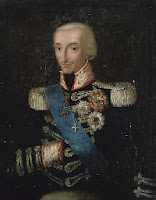 King Vittorio Emanuele I: Born in Turin in 1759 he succeeded his brother, King Carlo Emanuele IV, in 1802 as King of Piedmont-Sardinia. During that time Piedmont was occupied by French revolutionary forces and Vittorio Emanuele I ruled Sardinia from Cagliari for the first 12 years of his reign after participating in the failed War of the Third Coalition. During this time he established the famous Carabinieri gendarme corps. He also restored the Guards as the famous “Grenadiers of Sardinia”. After France was defeated the Savoy Crown gained Genoa and Vittorio Emanuele I restored the pre-revolutionary system with a favored place for the Church in society and education and opposed the spread of non-Catholic doctrines. In 1819 Jacobite legitimists from Britain recognized him as King of Great Britain but nothing came of it. He did desire expansion into Lombardy but abdicated in 1821 after the outbreak of revolutionary riots in the country.

King Carlo Felice: Born in Turin in 1765 he succeeded King Vittorio Emanuele I in 1821 as King of Piedmont-Sardinia. The Carbonari were rebelling in Turin when he succeeded to the throne but as he was in Modena, Carlo Alberto acted in his place as regent and granted a constitution, being somewhat sympathetic to the views of the liberals. Carlo Felice, a conservative by nature who regarded monarchy as sacred, revoked this constitution as soon as he returned and also sought to remove the last traces of the revolutionary period from the legal system. Quiet and ascetic, he loved cultural interests like the theater and music more than politics and was a great patron of the arts. However, he also improved the navy and the only major military action of his reign was a naval expedition to Tunisia in 1825 after the local ruler imprisoned some Genoese merchants. He died, married but childless in 1831 worried about the liberal tendencies of his successor.

King Carlo Alberto: Born in 1798 in Turin he succeeded King Carlo Felice as King of Piedmont-Sardinia in 1831. During his reign he would lay the foundations for the creation of the unified Kingdom of Italy. He suppressed republicanism in his kingdom, knowing that it would create divisions detrimental to their professed goal of national unification, which he shared. He made his kingdom the most modern and forward-thinking on the Italian peninsula and in 1848 granted a constitution that was to survive long after he was gone as the framework of the future Kingdom of Italy. He declared war on Austria in the First War of Italian Independence, alienating many of his neighbors but he was determined to see an end to Austrian control over northern Italy. Unfortunately, he was defeated but accepted full responsibility, abdicated in 1849 and went into exile in Portugal. He died there a short time later.

King Vittorio Emanuele II: Born in 1820 he succeeded his father as King of Piedmont-Sardinia in 1849, making peace with Austria and reestablishing order in his country. He joined in the Crimean War alongside France and Britain, defeating the Russians in 1856. After making an alliance with France he went to war against Austria and won the region of Lombardy. When revolution broke out in the central Italian duchies he moved in to restore order and the states voted to join Piedmont-Sardinia in the movement for Italian unification. After Garibaldi and his red shirts attacked the Two-Sicilies he moved his army south, taking command of the war effort and was handed control of the southern half of the peninsula. In 1861 he was declared the first King of Italy. After the Third War of Independence he won Venetia and the Iron Crown of Lombardy. Rome was united to Italy in 1870 but he died with still greater aspirations in 1878.

King Umberto I: Born in 1844, Umberto I succeeded his father as King of Italy in 1878 and quickly went about the work of consolidation and making a place for Italy on the world stage as one of the regional powers of Europe. Since the old ally France had gone republican and was attempting to spread their influence in Italy, King Umberto I signed on to the Triple Alliance with the empires of Germany and Austria-Hungary. He also made sure to keep good relations with Great Britain. He successfully suppressed socialist revolutionaries and supported expansion into Africa with the establishment of the first Italian colonies in Eritrea and Somalia. Victories were won against terrorist forces in the southern Sudan region but Italian forces met a shocking setback at the hands of the Emperor of Ethiopia (who Italy had helped place on the throne) at the battle of Adowa in 1896. After seeing off an expedition to China he was assassinated in 1900.

King Vittorio Emanuele III: Born in 1869, Vittorio Emanuele III became King of Italy upon the death of his father in 1900. His reign would see the height of power for the Kingdom of Italy as well as its darkest moments. In 1911 Italy went to war against the Ottoman Turks, winning Libya and the Dodecanese Islands. In 1915 the King led Italy into World War I on the side of Britain, France and the Allies. With their victory Italy gained some Austrian territory but hardly any of what she had been promised by the other powers. In 1922 Mussolini and the Fascists came to power, drastically changing the perception of Italy. In 1936 Italian forces conquered Ethiopia in seven months, making Vittorio Emanuele III the Emperor of Ethiopia. Immediately after, Italian troops were sent to Spain to aid in the victory of the nationalists over the communists. In 1939 Vittorio Emanuele III became King of Albania after that country was occupied by Italian forces. In 1940 Mussolini took Italy into World War II alongside Germany and Japan. A great deal of territory was taken initially but defeats followed and when Sicily was invaded the King dismissed Mussolini and arrested him. Crushed between the Axis and the Allies, the King finally abdicated in 1946 and died in exile in Egypt in 1947. 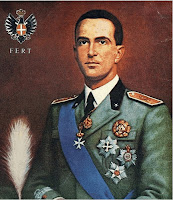 King Umberto II: Born in 1904, Umberto II was the last King of Italy, reigning for 34 days from May 9th to June 12th. Trained as a soldier like all Savoy princes, he had presided over the Italian invasion of France in 1940 which lasted only a few days before the French surrender. He was excluded from most high level positions and discussions because of his opposition to the Fascists and their Nazi allies. Mussolini greatly distrusted him and kept him under scrutiny at all times. After the Fascists were removed from power his father handed him the effective role of regent as Lieutenant General of the Realm and in that role he won the respect of many Allied leaders. In 1946, mostly for the month of May, he became King of Italy but was forced to accept a referendum on the future of the monarchy. The vote was highly irregular and clearly fraudulent but came back in favor of a republic. The King accepted exile and died in Switzerland in 1983. 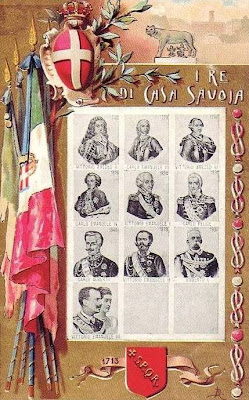