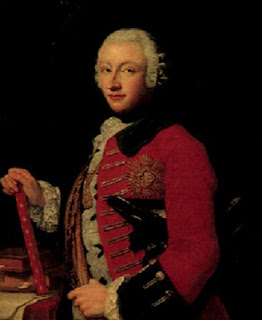 Prince Vittorio Amadeo Maria, Duke of Savoy, was born in Turin on June 26, 1726 the son and heir of King Carlo Emanuele III by his second wife Princess Polyxena of Hesse-Rotenburg. A son from the King’s previous marriage had died the year before so the birth of Vittorio Amadeo, a new heir to the throne, was widely celebrated in the Savoy lands of Piedmont-Sardinia. His childhood and upbringing were very typical for the house of Savoy and the same descriptions would be used for Italian royal sons right to the last king to ever reign. His private tutor was quite strict and his education stressed military subjects, Catholicism and history, particularly the history of the House of Savoy. The emphasis on the army was doubtless even more so given that, even in the ranks of a family with an extremely long martial history, King Carlo Emanuele III was most known as a “warrior-king”, earning laurels in the wars over the Polish and Austrian successions. Prince Vittorio Amadeo had an upbringing that greatly stressed the importance of the army and, like other Savoy royal heirs, he was kept away from politics until the day he actually came to the throne. 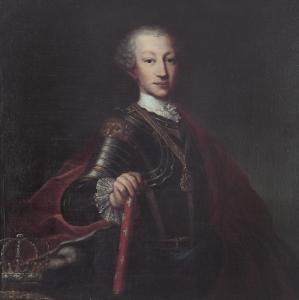 However, Prince Vittorio Amadeo did not waste his time with frivolity but, as a young man, surrounded himself with scholars, statesmen and various, highly esteemed ‘wise men’ whose company he could benefit from. Many of this men would go on to serve him when he became king. A man of very conservative politics and with religious views that were very traditionally Catholic, Vittorio Amadeo nonetheless fostered an atmosphere of openness around him and was gentleman enough to get along well with people who did not share his views. He was confident in his own positions that he had nothing to fear from hearing all sides of an issue. He was also, of course, expected to marry and secure the future of the royal succession. King Fernando VI of Spain reached out to him to arrange a marriage between the Savoy heir and his sister Infanta Maria Antoinetta, the youngest daughter of King Felipe V, the first Bourbon Spanish monarch. The couple were married in 1750 and they had a very happy marriage with the pair growing quite attached to each other. So attached in fact that they had twelve children, so the future of the Savoy dynasty was safe and sound.

In 1773, with the passing of his father, the Duke of Savoy became King Vittorio Amadeo III of Piedmont-Sardinia on February 20. From day one the administration of his country and the military were his top priorities but that does not mean that he neglected other areas. Because of his conservative and religious nature he has often been accused of being reactionary to the point of being averse to change of any kind, but this is not so. In fact, he was very keen on improving a number of things that needed it. Beneficial change was never a problem for him but change for the sake of change alone, naturally would not be tolerated. For all of the emphasis he placed on the army, he was also certainly not a warmonger and aimed at ensuring the security of his country by peaceful, diplomatic means first and foremost. His marriage to a member of the Spanish Royal Family was part of this, to secure a marriage alliance with Spain after the two powers had been enemies in the War of Austrian Succession (the Savoy having backed the Hapsburg side). 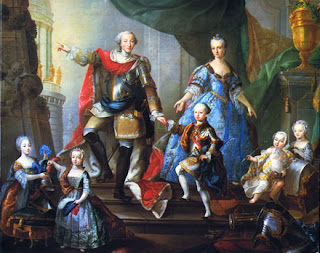 Similarly, he arranged a marriage for his own son and heir with the sister of King Louis XVI of France and several daughters were also married into the French Royal Family. His second son was married into the Hapsburg family (Austria-Este), another daughter to the Electoral Prince of Saxony and his youngest son married a daughter of the Naples branch of the Spanish Bourbons. As such, Piedmont-Sardinia had strong to ties to all its neighbors and several other lands farther a field and his offspring included three future Kings of Sardinia and one, at least nominal, Queen of France (another would have also been a Queen of France but she died before Charles X came to the throne). Because of this, the army that so many claim was his sole focus, had little to do until the very end of his reign. In other, peaceful pursuits, he improved the bureaucracy of his country, improved the infrastructure with new roads, new dams and upgrades to the port of Nice. He established botanical and agricultural institutions with the aim of making the country more self-sufficient and undertook a number of public works projects.

Overall, he carried on with the changes first set in motion by his grandfather which were aimed at making the aristocracy less corrupt and more socially-minded (a common problem of the time) and encouraging greater social mobility for the common people so that they could lift themselves out of poverty by their own talents. In terms of the army though, he did spend a great deal, carrying on the effort to renovate the Piedmontese military along the lines of that of the Kingdom of Prussia which was the example that all small, resource-poor states naturally wished to follow. Given the events of his reign, some have dismissed this as a failure but that requires taking a very narrow view. In fact, the military “culture” of the country was changed and even as late as World War II, a German general serving in Italy remarked on how similar Piedmont was to Prussia in the emphasis placed on the army and in the many years in between not a few foreign observers would refer to Piedmont as ‘the Prussia of Italy’. The King is also remembered as the founder of the Gold Medal of Military Valor, the highest Italian combat decoration which is still awarded to this day. He also followed this example himself at home by adopted a more Spartan lifestyle so that the British historian Gibbon, on traveling through the area, wrote about how the Savoy royals lived “with decent and splendid economy”. 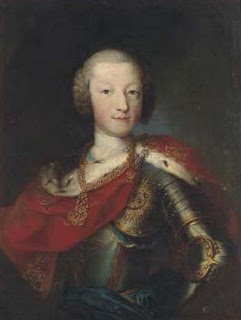 King Vittorio Amadeo III would take daily walks, set time aside every Saturday to receive visitors from his humblest subjects and showed his piety when, on every Holy Thursday, he would wash the feet of twelve poor men and then see them off with a gift of money for a fine supper. All in all, life under his rule was good and steadily improving. However, all of it was thrown into the gravest peril by the outbreak of the French Revolution. Being a very traditional, conservative and religious man with several of his children married to French royals, he could not but be appalled by what was happening in neighboring France. Without hesitation he gave safe haven to his sons-in-law the Count of Artois and Count of Provence, fleeing the worsening chaos and repression in their homeland, though this immediately caused cries from the revolutionaries in Paris for retribution against the House of Savoy. Even though the odds against them would be impossibly long, he also did not hesitate to pledge his small, prized army to the royalist cause in 1793, working in cooperation with the Austrians as part of the First Coalition.

The French republicans were quick to attack Piedmont, vowing to make northern Italy a satellite republic, but the Savoyard troops, along with a contingent of Austrians, fought fiercely and succeeded in repelling the initial invasion. The French met a similar fate on other fronts and when they tried to enlist the United States to come in on their side, the American government flatly refused and considered the alliance made with the late King Louis XVI to have died with him. Royalist counter-revolutionaries were also rising up and achieving successes. However, the French responded by ordering the conscription of every adult male in the country and soon they had turned the war situation around, swamping their enemies with what was often simply a huge, armed and radicalized mob. 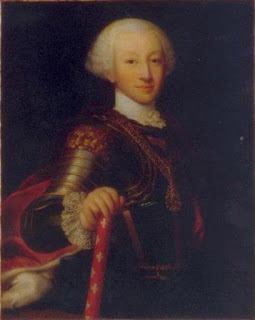 After four years of fighting off superior forces, in 1796 the Savoyard troops of King Vittorio Amadeo III finally met a foe they could not defeat in the person of a young, up-and-coming French commander named Napoleon Bonaparte. In the Montenotte campaign the “Little Corporal” was able to outmaneuver his foes, separate the Austrian and Piedmontese armies and eventually defeat them both. The Austrians had positioned themselves at too great a distance from the Piedmontese, despite the urgings of the Italian general Michelangelo Alessandro Colli-Marchi and the result would lead to the domination of northern Italy by republican France. After the Battle of Mondovi on April 21, there was no choice left but capitulation and King Vittorio Amadeo III, in the most painful moment of his life, was forced to sign the Armistice of Cherasco on April 28, 1796, removing the Savoy domains from the First Coalition. The following month he signed the Treaty of Paris, handing over the key fortresses of the country to France, allowing French troops passage through the country to carry on the Italian campaign and ceding Nice and Savoy to France.

In the wake of this fiasco, King Vittorio Amadeo III was a broken man and his health and spirits only worsened from that point on. Within a year he had an apoplexy and finally died on October 16, 1796 at Moncalieri. A reign that had began with such promise and which had seen many beneficial reforms, had been reduced to ruin in the final years by the horror and bloodshed that were the fruits of the French Revolution. However, the House of Savoy was down but not out and the next three kings to succeed him would all be sons of Vittorio Amadeo III and they would ultimately see the French defeated, the Savoy flag raised again over Turin and the monarchy restored completely along with some additional lands. The French revolutionaries had won the first round but the sons of Vittorio Amadeo III would be the ones returning home in triumph while Allied armies marched down the boulevards of Paris. Whereas his enemies would be remembered for "the Terror" and wars of conquest, Vittorio Amadeo III would be remembered as a beloved figure, perhaps a little too trusting at times, but a kind man of good character who was generous to a fault.
Posted by MadMonarchist at 12:17 AM