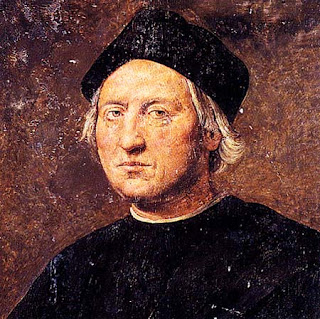 Today the United States celebrates Columbus Day, known in Latin America as "la Dia de la Raza" which is also the national holiday of the Kingdom of Spain. All to remember the voyage of discovery of probably the most famous and most significant Italian explorer in history. Christopher Columbus is in illustrious company alongside other Italian navigators who led the world in exploration, on land and sea, to bring Christendom into contact with the other continents of the world. Yet, it would be hard to say that any other had so great an impact on world history as Christopher Columbus. People, of course, have argued for years about Columbus not being the first to "discover" America and in the strictest sense that is, of course, true. Plenty of people who lived in the Americas knew their land existed (obviously) and the Vikings had visited the northernmost reaches of North America long before as well. However, it cannot be argued that these earlier voyages had little to no impact on the world at large, to the point that most were largely forgotten. It was the voyage of Columbus which enthralled Europe and which started the long process of the colonization of the Americas, eventually leading to the founding of New Spain, New France and New England among others which eventually became the modern countries we know today from Canada in the north to Chile in the south. So much of the world we know today would not be as it is today without Christopher Columbus.

It is unfortunate that so many people, in recent years, have tried to blacken the reputation of Christopher Columbus and to blame him for any and all mistakes or crimes committed by any and all of the European powers who came to American shores in the aftermath of his discovery. It is unfair and utterly ridiculous that they do so and all due credit should go to the Italian-American community in particular for defending the reputation and good name of the great explorer all these centuries later. Columbus was a great man, a man of intelligence, learning (though self-taught), determination and vision. He was also a man of great faith who felt there was some divine plan in his very name "Christopher". Just as St Christopher carried the divine child Jesus across a stream, Columbus would carry the Christian message across the 'Ocean Sea' (as the Atlantic was known then) to people who had never heard it. Queen Isabella of Spain was also very specific that a key motivation for the voyage was to open up new lands (presumably in Asia, which is where they thought they were going) to the message of Christ. Columbus learned Latin, studied the Bible frequently and went to mass often. It was the last thing he and his men did before leaving Spain on their epic voyage.

During the voyage itself, Columbus prayed several times each day and prayer was a regular part of the routine onboard ship. When bad weather would threaten the little flotilla, Columbus would order his men to pray -and if the danger did not subside he would order them, in a stronger voice, to pray harder! When land was finally sighted and Columbus landed, their first act was to thank God for their safe voyage. Columbus named the place where they landed San Salvador (Holy Savior) and as new islands were discovered he had crosses erected on them and usually named them after saints. When one of his ships was lost and used to build a fort where a group of the men would wait for the others to return from Spain, Columbus named the fort "La Navidad" (the Nativity) because it was so close to Christmas time. Of course, Columbus hoped to win fame and fortune by his voyage of discovery but it is wrong to claim that these were his only motivations. He was also motivated by his sincere faith and desire to spread civilization and Christianity to new lands. This was ultimately done and it is often noted that the Catholic Church gained about as many new converts in the Americas as they had recently lost in Europe as a result of the spread of Protestantism. 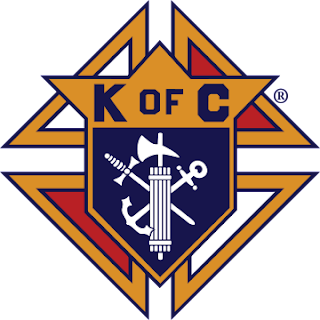 Columbus Day, as a holiday, took hold because of anti-Catholic bigotry in the United States. This caused Catholics to recall the voyage of Christopher Columbus to point out to their Protestant countrymen that it had been a Catholic who had discovered America and without whom their might be no United States at all. It is also worth remembering that the name "America" itself came from another (Catholic) Italian explorer, Amerigo Vespucci. The Italian-American community also seized on Columbus as a famous figure who was one of them and it helped when so many still viewed them as outsiders to point to the Italian who had been the "first" to discover America. Angelo Noce, an Italian-American living in Denver, Colorado lobbied the government to make Columbus Day a legal federal holiday and the cause was also taken up by the rising Catholic organization called the Knights of Columbus who pointed to the image of the great explorer in their demand of equal rights for Catholics, many of whom were Italian immigrants. The memory of Columbus was upheld as the symbol for their right to live in America. The world as it had been was changed forever because of Columbus and the world, especially Europe and the Americas, owe him a debt of gratitude.

Posted by MadMonarchist at 5:13 PM