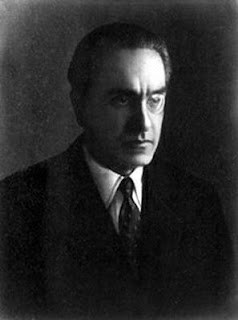 It was on this day in 1898 that the thinker and writer Julius Evola was born; a staunch monarchist, ultra-traditionalist, anti-egalitarian and ardent believer in a great deal of hocus pocus. He is often credited with introducing the concept of the "radical traditionalist" or (contradictory as this may sound) the "conservative revolutionary". However, he is not so controversial because of any of that, most people having never read any of his books and of those who have, few have probably been able to grasp their meaning -especially when he started getting into all of his mystical mumbo-jumbo. No, what makes Evola controversial today is his association with Fascism and even National Socialism (especially the dreaded SS). That, however, is unfair and could probably have been put to rest long ago were it not for the neo-Fascists and neo-Nazis constantly quoting and citing Evola to try to provide something that sounds intellectual for their political agenda which usually lacks any real agenda anyway besides, "we want what we want" and can never be consistent. The fact is that Evola was never a member of the National Fascist Party nor the Nazi Party with whom he had some very major disagreements. In fact, he often described himself as an anti-Fascist at a time when that was not popular. 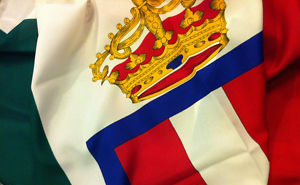 Evola was a very complex and somewhat odd man but if one were to label him as one thing more than any other in political terms it would have been "monarchist". In fact, one of his problems with the Fascists was the division created between the Duce and the King. Eventually, of course, the King was ejected by the Italian Social Republic. Evola wrote that, "We can reasonably affirm that a true Right without the monarchy ends up deprived of its natural centre of gravity and crystallisation, because in almost all traditional states the principal reference point for realizing the independent and stable principle of pure political authority has been the crown." Despite his name being used these days by people calling themselves the advocates of a "third way" or "third position" Evola was nothing of the sort. He was never trying to be something other than "left" or "right" but rather much more "right" than most people had become used to in the post-revolutionary world. 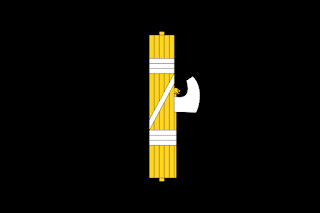 Both the Fascists and the National Socialists were originally republican. The Fascists dropped republicanism (only to re-embrace it in their twilight) while the Nazis remained devoted to it. Evola had a big problem, not only with this but with the mentality that brought it about. His idea of leadership was based on a spiritual sort of authority, not the leadership of a champion of the great mass of the public, advanced by popularity. He said, concerning his ideal of leadership that, "This ideal implies the affirmation not only of the concept and right of the nobility, but also of the monarchy. [...] It must be renewed, strengthened and dynamized as an organic, central, absolution function that embodies the might of power and the light of the spirit in a single being; then the monarchy is truly the act of a whole race, and at the same time the point that leads beyond all that is bound by blood and soil. Only then is one justified to speak of an Imperium." This was, of course, contrary to what ultimately came about with the efforts to compartmentalize and diminish the monarchy whenever the higher, ancient, sacred institution became inconvenient for the government. At most, Evola can be said to have viewed the Fascists as the least objectionable alternative and a movement which could be purified or adjusted to become something better than it started out as. He was never happy with it as it was nor did he ever even view it as complete.
Posted by MadMonarchist at 2:48 AM