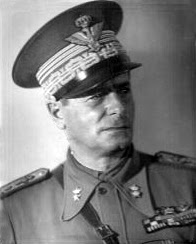 Alessandro Pirzio Biroli was one of the most accomplished (and later controversial) Italian soldiers of World War II. He was born in Bologna on July 23, 1877 into a family of noted explorers. An athletic youth, he was a particularly skilled swordsman and won the silver medal in fencing at the 1908 Olympic Games in London. He joined the army as a young man, served in the First World War and by 1918 was promoted to commanding officer of the 8th Bersaglieri Regiment. In 1921 he was assigned to the General Division in Padua and has his first experience with the new Fascist movement. A short time later, however, he was sent to head the military mission to Ecuador, remaining there until 1927. After returning to Italy he was made commander of the Monte Nero Division in 1932 and in 1933 was promoted to command the V Trieste Corps, a post he held until 1935. During the Second Italo-Abyssinian War he commanded the colorful Eritrean Colonial Corps. His men fought with such vigor that they were often employed as assault troops during the campaign, in spite of their training being somewhat outdated and the fact that they were often poorly equipped. This was due to a combination of the skill of their general and the tenacity of the Eritrean colonial troops who had a particular zeal for fighting the Ethiopians, their traditional enemies, who were always threatening to conquer them. For Biroli, the high point of the campaign was his capture of Dese which had formerly been the military headquarters of the Ethiopian Emperor Haile Selassie. 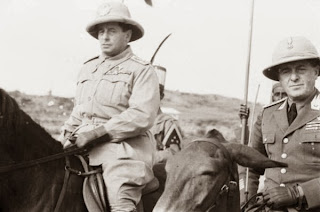 Emerging from the war with a military record of success, though with some the fact that he commanded African troops meant he might not always have the reputation he deserved, General Biroli continued in the colonies, serving for a year as Governor of Amhara province, the native land of the original Ethiopians, in Italian East Africa (the combined name for Eritrea, Somalia and Abyssinia). When the Kingdom of Italy entered World War II, General Biroli saw action on the Balkan front, taking command of the Ninth Army in 1941, leading it in the latter stages of the war with Greece. After the Greek surrender, General Biroli entered the most controversial phase of his career, being assigned as military governor of the Kingdom of Montenegro, a post he held until 1943. A firm believer in the imperial legacy and destiny of Italy, Biroli was convinced that it was their duty to bring Roman civilization to the backward lands of the Balkans and he would tolerate no opposition to this mission. He was also disgusted by the contrasting reputations of the German and Italian soldiers with the Germans always viewed as the harsh, brutally efficient warriors and the Italians as the casual, fun-loving “nice guys”. As far as the locals were concerned, the appointment of Biroli as governor certainly meant, ‘no more mister nice guy’. 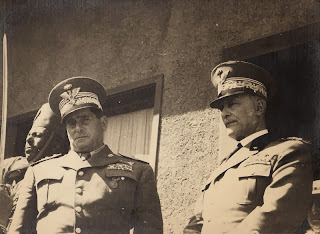 In a pamphlet distributed to his men, General Biroli encouraged his Italian troops to deal with any opposition harshly, reminding them that “It is the same people against whom we fought for centuries on the shores of the Adriatic.” He did not see only the present conflict but also the Slavs who had fought for Austria-Hungary against Italy in the First World War, the Turks and their Slavic subjects who fought the Italian city-state of Venice and all the way back to the barbarian tribes first subdued by the Roman legions thousands of years earlier. Enemy partisans were dealt with severely and their friends, family and associates often suffered along with them. Adolf Hitler was certainly impressed and awarded General Biroli the Knight Grand Cross of the German Eagle, a rare award for anyone much less a foreigner not of the highest military rank. However, in all fairness to General Biroli, it should also be remembered that World War II in the Balkans was an extremely brutal affair all around. Throughout history, even to our own time, it is a region where mercy is so rarely given that few expect it. The communist enemies he was fighting were every bit as brutal as he was and quite often much more so.

The Italian armistice of 1943 marked the end of his military career. The general who had fought red guerillas in Montenegro and led African troops to victory in Ethiopia retired to private life and died in Rome on May 20, 1962.
Posted by MadMonarchist at 11:12 PM