It is a major injustice that the Royal Italian Armed Forces, particularly during World War II, are so often belittled despite their numerous victories and astounding accomplishments. Particularly in areas of technological innovation, Italian forces set many records in the air and at sea. It is often forgotten that it was the Italian military that was the first to use aircraft in combat, the first to develop the theory of strategic air warfare, the first to use tanks in desert combat, the first to make widespread use of armored vehicles and the first to achieve major success through the use of naval special forces. Of course, the Italian armed forces were hampered in many ways during the Second World War, they lacked a sufficient industrial support base, they were unprepared and often had to make do with substandard equipment. Nonetheless, many Italian soldiers, sailors and airmen displayed excellence on numerous occasions. 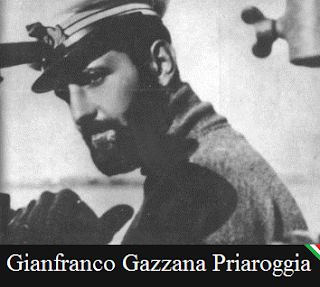 At sea probably no other commander of a fighting ship was so famous as Lieutenant Commander Gianfranco Gazzana Priaroggia who commanded numerous submarines, mostly in the North Atlantic but none so famous as the Leonardo da Vinci. He was from a noble family from Milan but moved to Genoa as a boy during the First World War and later joined the Regia Marina. He won numerous decorations during the battle of the Atlantic, winning the respect of friend and foe alike before he was killed in action in 1943. During his service he sank 10 Allied ships for a total of 90,000 tons, surpassing the records of most Allied submarine commanders. He and his last submarine were among the most successful outside of Germany in all of World War II. He won the Gold Medal of Military Valor from Italy and the Knights Iron Cross from Germany for his many successes. 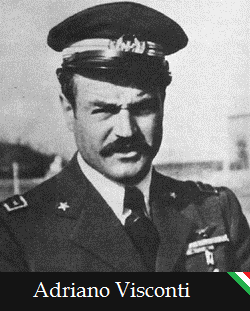 In the air, probably the greatest was Major Adriano Visconti di Lampugnano who earned four silver and two bronze Medals of Military Valor. He was born in Tripoli (when Libya was part of the Italian colonial empire obviously) and joined the Regia Aeronautica (Royal Air Force) in 1936. During World War II he shot down some 26 Allied aircraft. There are some conflicting claims but he was probably the highest scoring Italian air ace of World War II. He won victories over North Africa, Malta, the Mediterranean and Italy itself during the chaotic period after 1943. He was never defeated in the air, surviving the war only to be murdered in 1945 by Russian communists serving with the partisans who he had surrendered to afterwards. To put this in perspective, only seven pilots of the vastly larger U.S. air forces had a higher score than Visconti. It should also be kept in mind that the US and UK air forces generally had much better aircraft than Italy had to work with. 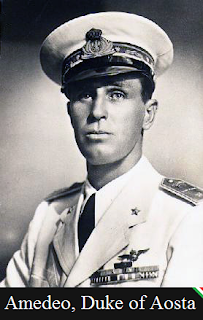 In the area of land warfare, again, Italy was at a severe disadvantage yet still produced a number of great military commanders. One of these was Prince Amedeo Duke of Aosta who was the Governor-General of Italian East Africa when the war broke out. He was cut off from Italy, totally surrounded by enemy territory and yet he showed great skill, daring and leadership from the outset. Italian colonial forces under his command penetrated deep into the Sudan and Kenya before going on to conquer British Somaliland and Djibouti with no additional help from Italy or support from any other power. Being cut off, there was never much doubt that Italian East Africa would eventually fall and so it did in the face of a massive Allied counter-attack with French, Belgian, Indian and numerous other British colonial forces. However, Prince Amedeo conducted a brilliant defensive campaign before being overwhelmed. His skill and gallantry won the admiration of even his British enemies just as he had already earned the loyalty of the native population. Unfortunately, he died in a British POW camp before the war was over. 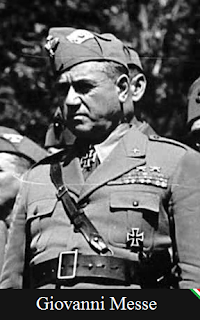 Another extremely effective Italian commander was Marshal Giovanni Messe who commanded the Italian army on the Russian front. Previously he had shown great promise in the conquest of Libya during the war with Turkey and helped develop the elite assault troops (Arditi) of the Italian army in World War I. He served with distinction in Ethiopia and Albania and defeated several counter-attacks during the invasion of Greece. After being posted to the Russian front, he won several victories over the Soviet forces, earning further promotion and decorations from both the Italian and German high commands. He was transferred only after clashing with Mussolini over the contribution Italy could adequately maintain (Messe ultimately being proven correct). After that he was posted to Tunisia which was a dire situation that even the famous German Marshal Rommel had already given up as hopeless. That was true, nonetheless, Messe won a number of victories in delaying actions, commanding both Italian and German troops before the war on the North African front was ended. After the 1943 armistice Marshal Messe, a loyal monarchist, commanded Italian forces in the co-belligerent army alongside the Allies until the end of the war.

The list could go on but I think the basic point is clear. Obviously, anything involving the Second World War is going to be controversial but the bravery and talent of the Royal Italian armed forces, who had nothing to do with politics and who were not responsible for the war or their involvement in it, should not be disregarded or belittled. Given the odds against them and the handicaps they suffered the Italian forces performed heroically on land, at sea and in the air throughout the conflict. They were also upright soldiers as illustrated in the close cooperation of Italian and African troops in the colonial army in East Africa, the Russian volunteers who joined their ranks to escape Soviet oppression or the gallant defense of the Greek island of Cephalonia after the armistice when the Germans moved in to occupy the place. They put politics aside and gave their lives to defend the innocent local people, regardless of the odds against them. Their skill and their courage deserve to be remembered.
Posted by MadMonarchist at 10:37 PM