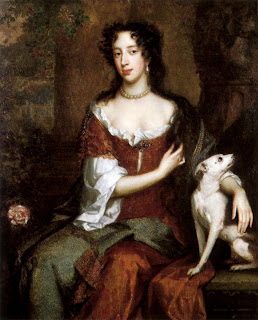 Today everyone is talking about the 60th anniversary of HM Elizabeth II becoming Queen. An historic accomplishment without doubt, but this was also the day in history that the last Catholic King of Great Britain, James II, came to the throne (a good man despite the popular image of him). As such, it was also on this day in 1685 that Britain was given an Italian queen in the person of James II's wife Mary of Modena. She was the daughter of Duke Alfonso IV of Modena and was given a very cold welcome when she arrived in England as the wife of the then Duke of York because the country was so dominated by Protestant bigotry. She was demure, tall, very beautiful and quite pious, in every way the ideal consort. Many were won over by her but for many more she would always be disliked; her charm, virtue and good qualities meant nothing to those who could see no farther than her faith. When King Charles II passed away and James II and his lovely Italian bride became King and Queen of England, Scotland, Ireland and France there were great festivities as theirs was the first joint-coronation of a King and Queen since that of King Henry VIII and Queen Catherine of Aragon. 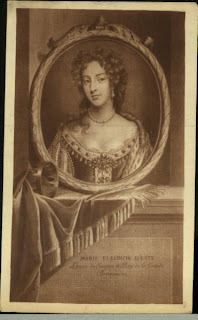 She was a great queen but when she gave birth to an heir to the throne the Protestants rose up in rebellion, aided by the King's son-in-law the Prince of Orange. As a result of the so-called "Glorious Revolution" of 1688 King James and Queen Mary were forced to relocate to France. Efforts by the King to reclaim his throne were unsuccessful. Queen Mary sold her jewels to help finance these expeditions and spared no effort in supporting her husband and his cause, which was the cause of Catholicism and royal legitimism in Britain and Ireland. When James II died the Queen wore black the rest of her life and acted as regent on behalf of her son who the loyal Jacobites declared King James III. She put out a manifesto and when Scottish lords came to convince her to give up her boy so that he could convert to Protestantism and be all but assured of success in retaking the throne from the still unpopular usurpers she remained strong and defiant. She would not give up her son nor see him renounce the Catholic faith for any earthly gain. She agreed to religious freedom and to make no move against the Church of England but the faith of her own family was non-negotiable.
When James III turned 16 the regency ended and the devoutly religious Queen Mary spent much of the rest of her life in the Convent of the Visitations (she had wished to become a nun in her youth) devoted to prayer. She died in poverty in 1718, having sacrified all in the cause of her family and faith. She was buried with the religious sisters she so admired and was considered by some contemporaries to be a saint. Certainly she was a great Queen, devoted, pious, beautiful and attentive to her family even under the most difficult circumstances. Few consorts in British history could match her quality. 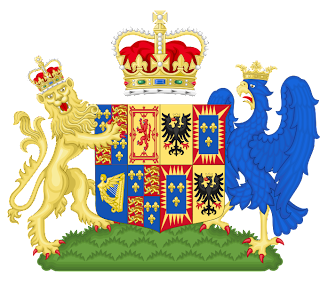 Posted by MadMonarchist at 9:05 PM