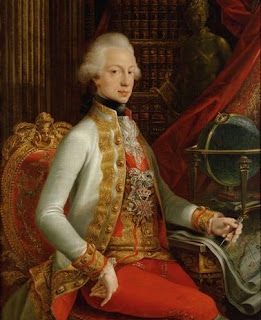 Grand Duke Ferdinand III of Tuscany was born on May 6, 1769 to the future Holy Roman Emperor Leopold II and his wife the Infanta Maria Luisa of Spain. He succeeded to the throne of Tuscany when his father was elected Emperor in 1790 and that same year was married to his cousin Princess Luisa of the Two Sicilies. The couple eventually had six children though the last was stillborn. However, Ferdinand was to have a very troubled reign due to the effects of the French Revolution and the Napoleonic Wars. When the French Revolutionary Wars first broke out Ferdinand III, understandably for the ruler of a small country, tried to remain neutral but his efforts in this regard went unappreciated and in 1799 French troops marched in to occupy Florence to the cheers of local Tuscan revolutionary republicans.

The loyal people of Tuscany, encouraged by Pope Pius VII, rose up in a counterrevolutionary movement in the name of Ferdinand III against the French. The fighting was often extremely brutal but in the end the French were driven out and with Austrian support Florence was also recovered. However, in October of 1800 the French came back and due to the fact that the occupying Austrians had not always behaved with the best manners there was more local support for France this time around. A provisional government was set up by the French marshal Joachim Murat and in the treaties of Luneville and Aranjuez the Grand Duchy of Tuscany became the Kingdom of Eturia as part of the Spanish empire and with the former Duke Louis of Bourbon-Parma as king. 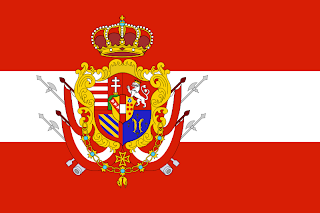 In an effort to keep the deposed Ferdinand III placated he was made the Duke-Elector of Salzburg in Austria; a duchy made from the seized lands of the former Prince-Archbishop of Salzburg. At the end of 1802 he was further promoted to Prince-Elector of the Holy Roman Empire but that body itself would ultimately be dissolved in 1806. However, it did not matter much to Ferdinand at that point as a year earlier he had been forced to relinquish his rule of Salzburg when it was annexed by his brother, Emperor Francis II, in the Treaty of Pressburg. 1802 was a particularly difficult year for Ferdinand as it was also in that year that his wife Luisa died in Vienna during childbirth. The baby boy was still born and was entombed in his mother’s arms in the Imperial Crypt of the Hapsburgs.

Again, using lands seized from the Bishop of Würzburg, Ferdinand was made Duke of Würzburg, retaining his electoral title for another year until the Empire was dissolved at which time he was compensated by a promotion to Grand Duke of Wü rzburg. It was not until Napoleon had been defeated that on May 30, 1814 Ferdinand III was restored to his original place as Grand Duke of Tuscany, though he would suffer another minor territorial loss the following year. In 1821 Grand Duke Ferdinand married again to Princess Maria of Saxony in Florence. They never had any children and Ferdinand III died a few years later on June 18, 1824. He was succeeded by his son Leopold II who would be the last Grand Duke of Tuscany.
Posted by MadMonarchist at 9:41 AM