Italians on the Fourth of July 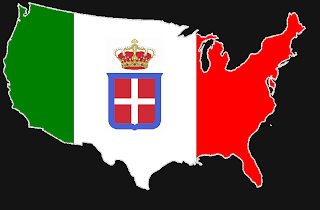 Today the United States celebrates "Independence Day" in honor of the July 4, 1776 Declaration of Independence from Great Britain. Most people are probably unaware of the Italian contribution to the cause of American independence, but it was actually quite significant. Filippo Mazzei, a doctor from Tuscany, was a close friend and neighbor of Thomas Jefferson in Virginia and influenced his writing of the constitutional draft of 1783 when he wrote in a letter to Jefferson his view than all men are born free and independent. Italians participated in the fighting, on the American side, with three all-Italian regiments in the French army which fought at the siege of Yorktown, the battle credited with winning the war for the United States. Most of these soldiers were from Savoia and one was even known as the "Royal Italian Regiment". The others were the Third Piemonte and the 13th Du Perche. Although a small minority at the time, many Italians served in the American army, with a number winning great fame for their service. Captain Cosimo de Medici was an officer in the North Carolina Light Dragoons and was rewarded after the war with a large land grant in North Carolina. Lieutenant James Bracco served in the Seventh Maryland Regiment (some Italians had moved to Maryland when it was first established as a Catholic colony under the English Lord Baltimore) but was killed at the battle of White Plains in New York. Captain B. Tagliaferro was deputy-commander of the Second Virginia Regiment and an assistant to General George Washington. 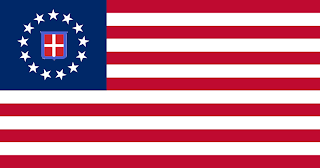 There were Italo-American families which served in the Revolutionary War who would go on to become some of the most prominent in the country and see further service in all the great struggles of American history such as the War of 1812, the Mexican War and the War Between the States. The first White settler to Ohio was Major Giovanni Belli, a veteran of the American Revolution and the Quarter-Master General of the U.S. Army from 1792 to 1794. Francesco Vigo served as a scout, a spy, a colonel of volunteers and frontiersman in the Revolutionary War and is usually credited as being the first Italian-American citizen of the United States. In a more general way the Founding Fathers of the United States were deeply influenced by Italian culture and history, particularly the success of the great maritime republics. When the United States Navy was created three of the first five warships were named after famous Italians; the Christopher Columbus (the Italian who discovered the Americas), John Cabot (the Italian who discovered Canada) and Andrea Doria (a great Italian admiral who fought the Barbary pirates). The classical styles of early American buildings and monuments also show a clear influence from the Italian Renaissance. Most of the Italians who served in the Continental Army were listed with Massachusetts regiments but the largest concentration was of course the more than 1,500 Italians of the three regiments in the French service drawn from Savoia and Piemonte.

Upon reflection, this contribution makes perfect sense. Italian explorers had led the way to the colonization of the Americas and so naturally played a part in the independence of the new countries that emerged in the Americas. Italians would play an ever-increasingly role in the history of the United States from that time on.
Posted by MadMonarchist at 11:19 AM