A Savoy King of Britain? 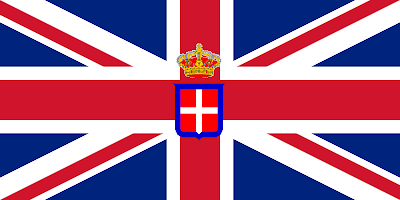 It is my official policy that the legitimacy of any reigning monarch today is not to be questioned. In these modern times, any royal house that falls would be replaced by yet another cookie-cutter republic and not some rival royal house or royal bloodline. In the past, however, there were a number of heroic struggles to restore a legitimate royal line whose place on the throne had been usurped by another and one such example is the struggle of the Jacobites in Britain. This, as most know, was the effort to restore first King James II and later his heirs of the House of Stuart to the British throne after they were replaced by another royal line and later the House of Hanover. However, though the Jacobite uprisings of 1715 and 1745, carried forward mostly by the highland Scots, were not successful, a minority of Jacobites continued to recognize the Stuart line as the legitimate heirs to the British throne. Interestingly enough, had things gone differently in history, England, Scotland and Ireland might have had an Italian monarch of the House of Savoy if the Jacobites had been able to have their way. 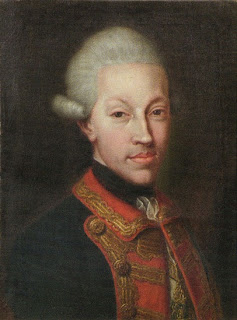 The last direct heir of the deposed Stuart King James II was Prince Henry, Cardinal York, known to Jacobites as “King Henry IX”. He was the younger brother of the famous Prince Charles Edward Stuart or “Bonnie Prince Charlie”, grandson of King James II and, to Jacobites, “King Charles III”. Having no heirs of his own, when he died, his claim passed to his brother, Prince Henry, who had entered the Church and risen to the rank of cardinal. Obviously, he had no heirs either and so when he died in 1807 the claim then passed to his second cousin twice removed the former King Carlo Emanuele IV of Piedmont-Sardinia (he had abdicated in 1802) of the House of Savoy. So, if the Jacobites had their way, he would have been “King Charles IV” and he was, of course, a remarkable man, known for his devout faith and heroic opposition to the aggression of the French revolutionary forces. He had also been close friends with the Cardinal, his predecessor in the Jacobite succession. There is also no doubt that the Cardinal intended for King Carlo Emanuele IV to succeed to his rights according to the will he left behind. However, had he been in a position to accept the British throne it is unlikely he would have done so as, after the death of his beloved wife in 1802, he abdicated the throne he did have and devoted his life to religious work, taking vows in the Society of Jesus. 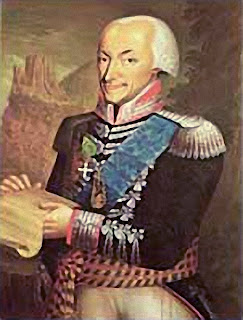 When King Carlo Emanuele IV died in 1819 his rights to the British throne passed to his brother, King Vittorio Emanuele I of Piedmont-Sardinia. A very traditional man, he is remembered for being the one to see the House of Savoy restored in Turin after the defeat of France and the Kingdom of Piedmont-Sardinia expanded by the addition of the territories of the former Republic of Genoa. He put an end to all of the revolutionary laws enacted by the French but, despite being a military man by nature, would not shed the blood of his own subjects and abdicated the throne in 1821 rather than suppress an uprising or break his word to the Austrians who he had made peace with. However, after the death of his brother, the Jacobites regarded him as “King Victor” of England, Scotland, Ireland and France and his abdication of the Piedmontese throne did not affect his status among the Jacobites as the legitimate British monarch. To them, he remained “King Victor” until his death in 1824 when his rights to the British throne passed to his daughter. 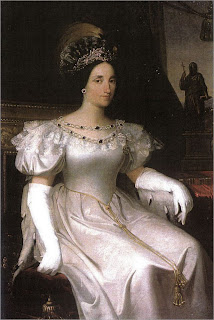 That daughter was Princess Maria Beatrice Vittoria Giuseppina di Savoia, born in 1792 when her father was still Duke of Aosta. When her father died the Jacobites recognized her as their legitimate Queen, referring to her as “Queen Mary III” or “Queen Mary II” depending on who one asked. In 1812 she married her uncle Archduke Ferdinand Charles of Austria, Duke of Modena, making her the Duchess of Modena. She had an eventful life thanks to the impact of the Napoleonic Wars on Italy and far from aspiring to the idea of actually becoming “Queen Mary III (or II) it was only by Austrian military assistance that she and her husband were able to regain their place in the Duchy of Modena. She died in 1840 at the age of 47 in Castello del Catajo as the last Jacobite heir of the House of Savoy. Upon her death the Jacobite claim fell to her son, Duke Francesco V of Modena (House of Hapsburg-Lorraine) who the Jacobites recognized as “King Francis I”. So, after two kings and one queen of the House of Savoy the British throne would have been taken by the Hapsburgs, though a branch still, at that time, at least nominally Italian. He was eventually overthrown and Modena was later incorporated into the Kingdom of Italy, the Jacobite claim going to the Austria-Este line of the Hapsburgs after his death. 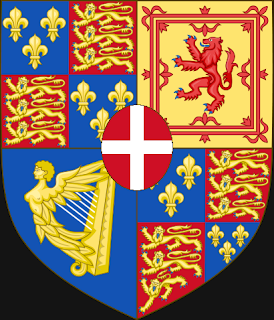 Interestingly enough, the daughter of the Duke of Modena married King Ludwig III of Bavaria and so, when she died, the Jacobite claim passed to her son Crown Prince Rupprecht of Bavaria and the heir to the Bavarian throne (today Duke Franz of Bavaria) is still technically the heir to the legitimist Jacobite legacy. Of course, that is what it is all about: legitimate bloodlines, but still, one cannot help but appreciate the irony of all those Jacobites in 1715 and 1745 fighting for the Stuart heir against a German (Hanoverian) monarch who came to London to reign over them now having their ideological successors of today at least theoretically proposing that another German come to London to replace the native-born monarch to reign over the British Isles. These are the strange twists and turns of royal genealogy and it is these same twists and turns that, had things worked out just a little differently, might have made the House of Savoy the British Royal Family and given England, Scotland and Ireland an Italian monarch.
Posted by MadMonarchist at 4:44 PM