The Battle of Lissa 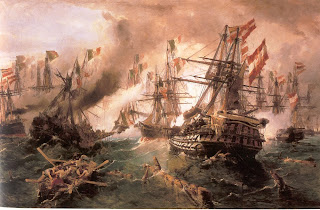 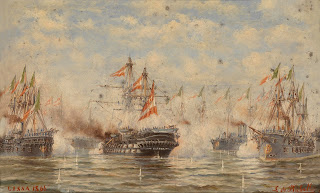 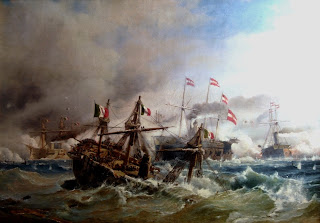 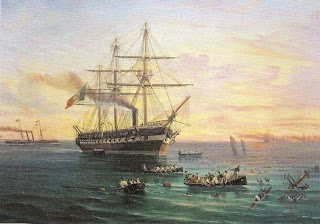 It was on this day in 1866 that the naval battle of Lissa was fought, during the Third Italian War of Independence, which was a stunning defeat for the Kingdom of Italy. In the end, the Prussian victory over Austria eventually brought Venice back into the Italian nation but no more, with other formerly Venetian territories remaining under Austrian control. The battle was a loss for a variety of reasons, paramount of which was probably the feuding Italian commanders failing to put personal squabbles aside for the sake of the country and work together but also some faulty naval ordinance. Austrian shells penetrated Italian ships while Italian shells often bounced off the Austrian vessels (many of which included Italian sailors as well). However, despite being a defeat, there were still moments of extreme heroism and sacrifice on the part of the Italian fleet; such as the sailors of the Palestro refusing to abandon ship but staying with their captain and going down fighting. It did not help that the battle was first reported as a victory which only made the eventual news of defeat all the more shocking and terrible. Worse, it was mostly hushed up by the high command whereas it should have been looked at honestly to learn from the mistakes made.
Posted by MadMonarchist at 2:41 AM