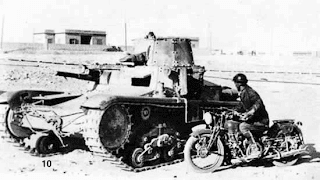 Throughout World War II, the royal armed forces of Italy were always at a great disadvantage, fighting with undersupplied armies, outdated weapons and in areas that were rarely given top priority. However, in spite of all these difficulties, the courage and tenacity of the Italian soldiers, sailors and airmen were still able to upset the odds and win stunning victories. However, relatively few people (outside Italy at least) are often aware of these heroic battles. Sometimes they are left out of historical accounts altogether. For example, following the first Italian invasion of Egypt, when the British had broken the Italian forces (many of whom were colonial troops) and sweeping across Egypt most accounts state only that the British held back out of caution or stopped from sheer exhaustion and this allowed time for the arrival of the German Afrika Korps under Erwin Rommel which then saved the day and turned the tide of battle. However, that is not the whole truth. The British were actually pushing on quite aggressively to destroy all that remained of the shattered Italian forces and completely crush the remaining Italian front in Cyrenaica. They did not succeed because of a stunning victory won by a totally outmatched group of Italian soldiers who did nothing less than save the Italian army from total disaster.

On December 9, 1940 the Italian Tummar posts destroyed fourteen British tanks, buying precious time for colonial forces in the area. When the British attacked with their armored forces, consisting of the heavily armored Matilda tanks, the Italian “Maletti Group” rushed in to stop them with totally outmatched M11/39 tanks dismissed by so many as practically useless. Yet, in spite of their deficiencies these Italian M11/39’s managed to destroy 35 of the 57 British Matildas. It was a spectacular feat of arms and due entirely to the courage and skill of the individual Italian tank crews and commanders.

Later, on January 24, 1941 the former commander of the Sirte Division, General Valentino Babini, rushed into service the newly organized Special Armored Brigade (“Brigata Corazzato Speciale”) which managed the seemingly impossible task of halting the British offensive, if only temporarily. The British were driving forward with an awesome attack force of some 177 tanks and the Italian Special Armored Brigade managed to totally destroy or disable 21 of them; a rather spectacular feat given how vastly outmatched the Italian forces were. The first year of the war had been a terrible one for the Italian forces in north Africa, without question, and yet, thanks to hard fought actions like these, the front in Cyrenaica was saved from total collapse. The 10th Army had been practically destroyed but because of the brave men who made huge sacrifices and stood down vastly superior enemy forces, the remaining troops were able to fall back to safety, reform, reorganize and before the British could achieve total victory the first units of the Afrika Korps had arrived and the initiative in the desert shifted to the Axis powers.

It is amazing what a handful of even outmatched M11 tanks can do with enough skill and courage driving them into battle. 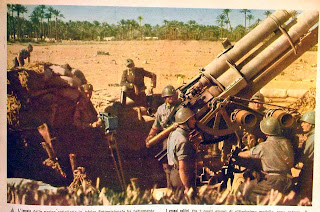 Posted by MadMonarchist at 11:03 PM