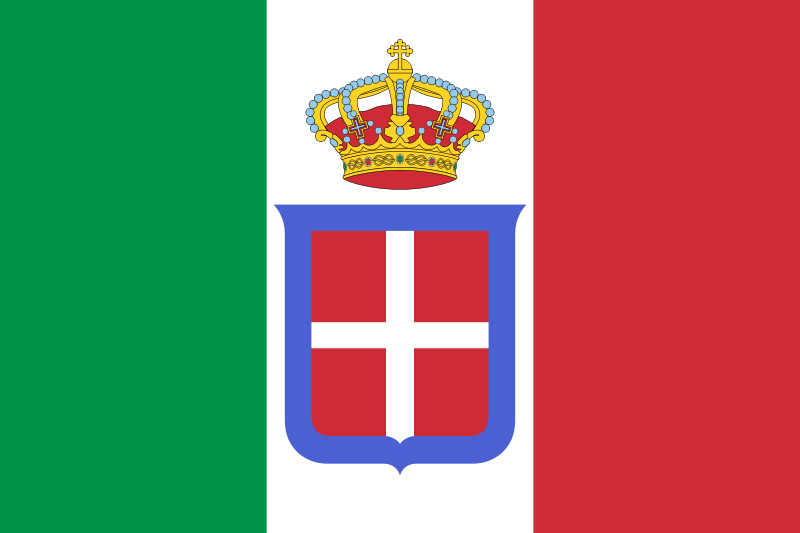 Against the advice of almost everyone, Mussolini declared war on England and France on June 10, 1940 in the hope firmly establishing a new Roman empire across the Mediterranean and North Africa. Air Marshal Italo Balbo and Marshal of Italy Pietro Badoglio warned the Duce that Italy was not ready to fight a world war. Military units were under-manned, equipment was outdated and Italy had been worn down by the successful but still draining series of military operations since World War I. There was the pacification of Libya, the conquest of Abyssinia, the Spanish Civil War and lastly the occupation of Albania. Italy had known scarcely little peace since 1915 and although the military had won many victories, it was badly in need of updating. However, Mussolini was convinced that the war was almost over, that France was on the verge of defeat, Britain would come to terms soon after and his aims could be achieved as long as he got in on the conflict before the last shots were fired. Mussolini reasoned that, after some minor clashes, Italy could win all it wanted at the negotiating table and, truth be told, Mussolini’s goals were actually very modest. From the French, the goal was Nice and Corsica and from England, for the consolidation of the empire, Malta, British Somaliland and a land corridor across the Sudan to link Libya and Italian East Africa.

Ultimately, it made little difference as Hitler and Mussolini met in the Principality of Monaco and Hitler found Mussolini’s demands to be too much and would not even permit an Italian representative at the French surrender. However, that surrender was still in the future when Mussolini ordered Italian troops to invade France. The troops which would be asked to carry out this task were those of Army Group West (for the Western Alps) under the command of His Royal Highness Prince Umberto of Piedmont, heir to the throne, with General Emilio Battisti as his Chief of Staff. On paper, the Italian forces seemed quite formidable, consisting of the First Army led by General Pietro Pintor and the Fourth Army led by General Alfredo Guzzoni, however, in actuality it amounted to 32 divisions that were below strength, ill-equipped and poorly supplied. They were sent into extremely difficult terrain which greatly favored the defending French forces, many of which were highly trained specialists who showed much more tenacity than the rest of the French army that faced the Germans and who, though fewer in number, seemed to have more of everything than the Italians had. Marshal Badoglio had said that the army needed an additional 25 days to be fully prepared for offensive operations. This was after he had reported that the army was ready to go whenever Mussolini gave the order and a furious Duce ordered that the army begin the invasion of France immediately no matter how unprepared they were.

Only 19 of the assembled 32 divisions were able to move forward and it still took eleven days longer to begin the offensive. The Italian attack really began on June 21, 1940 at 0530 hours with the bombardment of La Turra. It was a bad omen of things to come as the artillery available for the attack were outdated guns left over from the First World War which were not powerful enough to do any serious damage to the French fort. The Italian shells simply bounced off and they could have bombarded La Turra for months and had no more effect. At Briancon the Italian artillery proved just as inadequate to the task and the Italian fortified positions at Chamberton were hard hit by returning fire from French artillery with more modern 280mm howitzers. In frustration, the Regia Aeronautica was called in to bomb the French from the air. However, the planes had little effect as they lacked the dive bombers needed for such precision bombing.

Everyone has probably heard about how badly supplied the Italian forces were, the most often repeated evidence of this being a lack of pots and pans to cook with. However, despite great courage and tenacity, the Italian forces were also thwarted by simple bad luck that no one could see coming. About a dozen Italian battalions moved against the Bourg-Saint-Maurice, Mon, Petit Saint-Bernard and Seigne passes which were lightly defended by only about four French battalions with forty heavy guns. However, just as the Italians were attacking, the area was hit by a massive, freak snowstorm that brought everything to a grinding halt. Italian tankettes became stuck in the snow, planes could not fly, supplies and machinery froze up and more than 2,000 Italian troops were afflicted with frost bite in the miserable conditions. The terrain made things no easier and many were reminded of the famous Prussian military theorist Carl von Clausewitz who said that attacking France by way of the Alps would be like trying to pick up a musket by holding the tip of the bayonet. It is remarkable that, in spite of these conditions, Italian forces were still able to work their way around and encircle the French outpost at the Petit Saint-Bernard pass though they could not actually seize it.

On the line of the passes at Bellecombe, Clapier, Mont-Cenis and Solliers the Italian troops stormed Modane but could not take the passes. When a French reconnaissance unit was detected, they were flanked by two battalions of Italian troops and forced to fall back, first to La Tuille dam and then La Planey. Elsewhere, Italian troops encircled the fortified village of Abries but all other attacks along the French defensive line were repulsed the first day of the offensive. The Alpine front was a frozen, snow-covered stalemate that was not about to broken any time soon, the only possibility for success was on the coast. On June 22 the Italian troops opened the way to the coastal village of Menton but elsewhere there was little success. Even with the arrival of reinforcements, no superiority in numbers could break the Alpine line. Menton was taken but no other gains were made and at 2100 hours on June 24 the word came down that France had agreed to an armistice with Germany. The most significant success of the brief campaign had been carried out by the Regia Aeronautica which had destroyed dozens of French aircraft on the ground at Provence as well as airfield supplies and facilities.

The Kingdom of Italy had to make its own peace with France and that was no easy task, despite asking for little to start with. There was also no shortage of respect for the bravery of the French troops opposing them. At La Turra, Mussolini saw the French flag still flying and when told of the resistance they had offered, he ordered the defenders to be freed and given special military honors in recognition of their courage and tenacity. Still, the French government at first refused to make any real concessions at all, somewhat oblivious to the fact that, regardless of how well they had done in the south, they had still been defeated. Mussolini threatened to resume offensive operations and begin air attacks before the French agreed to negotiate. France and Italy signed an armistice on June 25 in which Mussolini gave up almost all of his earlier territorial demands and Italy received only a 50 kilometer demilitarized zone along the French side of the frontier.

The conquest of Caesar it certainly was not.
Posted by MadMonarchist at 1:27 AM