The Grenadiers of Sardinia 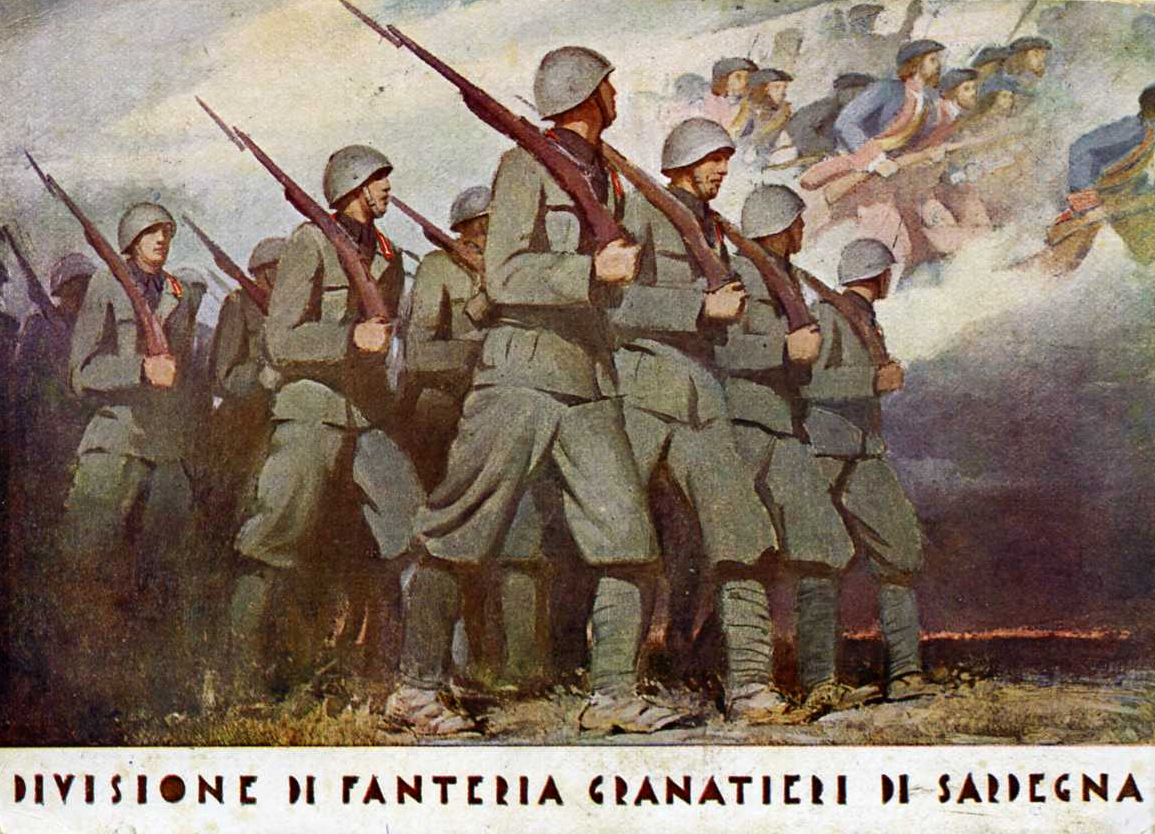 The famous Grenadiers of Sardinia have a history that stretches back around three hundred years and they have earned a high reputation on numerous battlefields in numerous wars during all that time. The First Grenadiers Regiment, a Piedmontese unit, was founded on April 18, 1659 as the Regiment of the Guards (Reggimento delle Guardie) by Duke Carlo Emanuele II of Savoy to be his personal guard. From the Siege of Turin to the Battle of Assietta they proved themselves to be an elite force. In 1774 King Vittorio Amadeo III of Sardinia formed the Regiment of Sardinia (later known as the Second Hunters Regiment) to guard the Royal Family during their exile on Sardinia after French forces had occupied Savoy. When the Piedmontese lands were annexed by France the Regiment of the Guards was disbanded though it had fought bravely in the Italian campaign against Napoleon. After the French defeat at Leipzig the Savoy Royal Family was able to return to Turin and the army began to be reformed. The Regiment of the Guards was restored and the Regiment of Sardinia was relocated to Turin and named the Guards Hunters Regiment (Reggimento Cacciatori Guardie). In 1831 King Carlo Alberto grouped these two regiments into the Guards Grenadiers Brigade and they were given preeminent status in the armed forces of Piedmont-Sardinia.

They gained their motto, “Guards, to me!” when King Carlo Alberto led them at the Battle of Goito in the First Italian War of Independence. Renamed the Grenadier Brigade with the regiments retitled as the First and Second Grenadier Regiments in 1850 they saw extensive service in the Second Italian War for Independence such as at Lonato del Garda, the occupation of the Papal States, San Giuliano, Garigliano and the Siege of Gaeta. After the foundation of the Kingdom of Italy they were relocated to the new capitol of Florence and served as the guard troops at the Royal Palace. During the Third Italian War for Independence they saw action at the Battle of Custoza. The brigade organization was abolished in 1871 but reformed in its entirety in 1881 by King Umberto I. During the First World War, the Grenadier Brigade saw action in the first through the fifth Battles of the Isonzo before being transferred to defend Mount Cenigo in the Asiago offensive by Austria-Hungary. Their position was crucial and as the offensive dragged on, they alone held out to prevent a total encirclement of the Italian forces. The grenadiers fought on heroically, even after their ammunition had been exhausted until finally the Austro-Hungarian offensive was broken by their staunch resistance.

The Grenadiers went back to the Isonzo and fought in the sixth, seventh and eighth battles there before being shattered at the crushing defeat at Caporetto. Like most of the Italian army, the brigade had to be rebuilt after that fiasco but they came back strong. The Grenadiers served with distinction in the Battle of the Piave River and the famous Battle of Vittorio Veneto which finally knocked Austria-Hungary out of the war for good. After the war, based at Rome, another regiment was added and the unit was renamed the XXI Infantry Brigade and the regiments renamed the First, Second and Third Grenadiers of Sardinia. When Italy entered World War II the Grenadiers division was to take part in the invasion of France but the French surrendered before they saw action. The grenadiers did take part in the invasion of Yugoslavia and the occupation of Ljubljana in Slovenia which was annexed by the Kingdom of Italy during the war.

For the Grenadiers of Sardinia, their greatest trial came in the Spring of 1943 when they were detailed to defend the city of Rome itself. As it turned out, they would be defending it from their former German allies after Marshal of Italy Pietro Badoglio requested an armistice with the Allies and the Germans attempted to take control of as much of Italy as possible. Along with the Sassari and Ariete divisions, the grenadiers fought the Germans in front of Rome for two days before being forced back to the Porta San Paolo. It fought on there with the remnants of other army formations as well as groups of civilian volunteers. Finally, after taking nearly 600 losses and with the King having been removed to the safety of Naples, the Italian troops gave up the fight, though not before handing their weapons over to the civilian population to aid in the resistance that soon sprang up against the German occupation. Some elements, such as a few battalions on the island of Corsica, however, refused to surrender and joined with other Italian units and the Free French to fight the Germans and drive them from the island. In 1944 the division was re-organized on Sardinia as part of the Italian Co-Belligerent Army that was loyal to the King and fought alongside the Allies against the Germans and Mussolini’s Italian Social Republic based at Salo. However, not long before the end of the war they were disbanded again to be amalgamated into the Cremona Combat Group.

In 1946, with the aid of the United States, the Grenadiers of Sardinia Infantry Division was reorganized as part of the gathering forces to guard Europe from the Communist threat. However, their status would never be quite the same again as the fall of the Italian monarchy brought an end to their “royal” status and broke the ties of centuries that bound them to the origins of the grenadiers with the House of Savoy. Nonetheless, the unit remained and was again tasked with the security of Rome. The end of the Cold War brought downsizing which has increased lately but the Grenadiers of Sardinia remain a part of the military of the Italian Republic as a Mechanized Brigade and they still retain their status as a “guard” regiment.

Posted by MadMonarchist at 10:32 PM