The Invasion of Abyssinia Begins 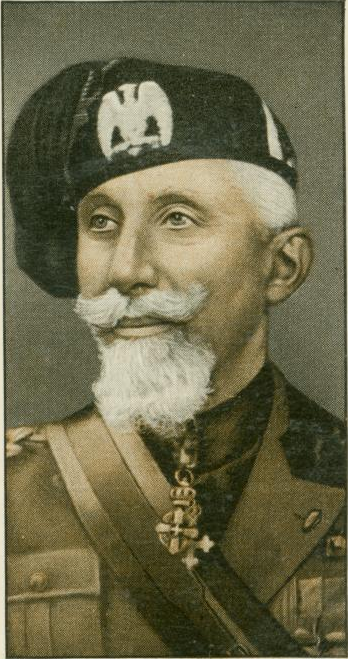 It was on this day in 1935 at 5am that Italian forces under the command of General Emilio De Bono marched across the frontier into Abyssinia in the Second Italo-Abyssinian War. As one of the Quadrumvirs who led the March on Rome, the seminal event in the history of the "Fascist Revolution" but also a staunch monarchist who gave his first loyalty to the King, De Bono was chosen to lead this campaign because Mussolini wanted it to showcase Fascist military might. There would be a Fascist general in charge and the Blackshirts of the MVSN would make up the bulk of the ground forces initially involved, all with the intention of showing that the new, Fascist, Italy had prevailed in Ethiopia where Crispi's Italy had failed. Since De Bono was also a hero of the Great War and known to be an Italian patriot and loyal to the King, the Duce could expect no problems in the choice from the palace.

Unfortunately, many people have taken a very critical view of General De Bono and this seems, looking at the plain facts, to be rather unjust. His invasion of Abyssinia was a success, it simply did not proceed as rapidly as Mussolini wanted. General De Bono crossed into Abyssinian territory, captured several important positions, announced the abolition of slavery (something which is seldom recognized) and even accepted the surrender of the Ethiopian Emperor's son-in-law, some of whose troops even switched to join the Italian side. General De Bono advanced from the north out of Eritrea while General Graziani advanced from the south out of Italian Somaliland. There were to move methodically until all Ethiopian resistance was crushed between them. However, Mussolini wanted a swift, stunning sort of war which is not what General De Bono had in mind at all. Remembering well the horrific casualties of World War I, De Bono intended to fight a cautious and mostly defensive war in order to conserve the lives of his soldiers while inflicting greater losses on his enemies. 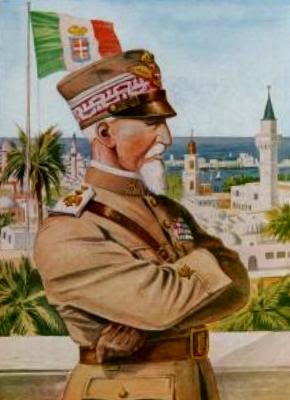 The plan General De Bono had was for the Italian forces to advance into Abyssinia slowly, taking, so to speak, one step at a time. They would move forward, stop, consolidate their lines on a strong, defensive front and then when the enemy attacked, having their primary asset in their huge numbers of Ethiopian soldiers, they could be wiped out by the machine guns and supporting artillery of the Italian lines with minimal losses for themselves. In the aftermath, the lines would be carefully advanced again, another defensive position taken up and then allow the Ethiopians to smash themselves to death again an impenetrable wall of Italian fire. There was nothing wrong with this plan, it was a plan for a slow, cautious advance that would keep Italian losses to a minimum and would end in certain victory. However, Mussolini was also correct in wanting the campaign to be more swift and not just because of his own impatience. The sanctions placed on Italy by the League of Nations meant that Italy could have been economically ruined by a long war and most experts thought that it would take Italy at least two years to conquer Abyssinia if it could be conquered at all without economic collapse at home and the fall of Mussolini's Fascist government. That was a real concern so it was not without some legitimate reasons that General Emilio De Bono was, properly, awarded the rank of Marshal of Italy and then removed from his position with the regular army General Pietro Badoglio taking over to lead a much more swift and aggressive campaign.

In the end, it all worked out and Ethiopia was conquered in an astonishing seven months time with Badoglio leading the Italian troops into the Abyssinian capitol. However, just because the new strategy worked, does not mean that De Bono's plan was necessarily wrong. 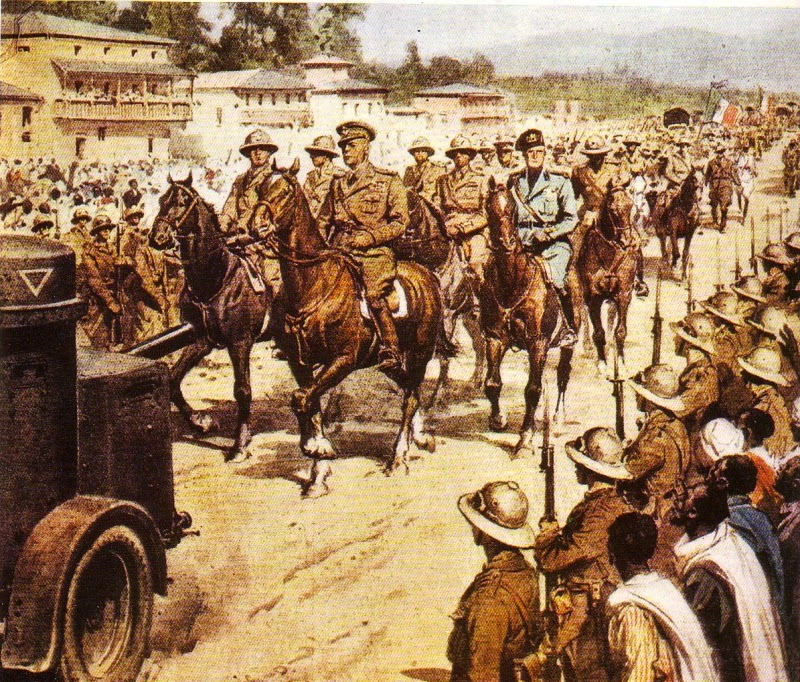 Posted by MadMonarchist at 8:10 PM