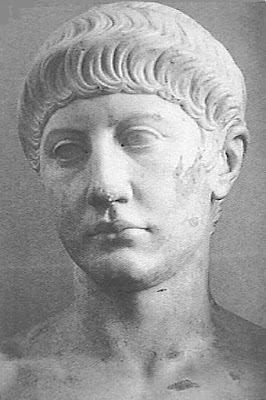 Between the fall of the original Julio-Claudian dynasty and the rise of the Flavian dynasty there was a year of turmoil in the Roman Empire. 69 AD would be remembered as the “Year of the Four Emperors”. Following the downfall and death of the Emperor Nero in 68 AD the first to achieve power was Galba, a military commander in Spain put forward by a rebel governor in Gallia. One of his supporters was General Marcus Salvius Otho who had thought to succeed Galba when the old man passed away. Otho was born in Ferentium (today Ferento) in southern Eturia on April 28, 32 AD. He came from an old Etruscan family, high born but which had fallen on hard times over the generations and lost their aristocratic status. However, by faithful service to the empire their fortunes began to revive. Otho’s grandfather became a senator and his father became a consul of Rome. In his youth, Otho was a boyhood companion of the young Emperor Nero and, not surprisingly given that, was known for his lavish lifestyle. However, Otho and Nero had a falling out due to their competition for the attentions of the lovely Poppaea Sabina. Otho married her but a jealous Nero forced them to divorce and she became the second wife and Empress of Emperor Nero while Otho was sent away to be governor of Lusitanian (Portugal). 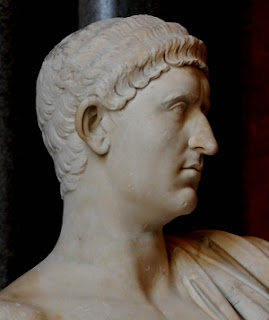 Naturally, Otho had rather mixed feelings about the downfall of Emperor Nero, last of the original Julio-Claudian Roman emperors, recalling their close friendship but then also their bitter parting. Ten years after taking up his post in Lusitania, he threw his support behind the old general Galba. As Emperor Galba had no natural heirs (his two sons having predeceased him), Otho expected to be his successor. When Galba instead adopted Piso, a young aristocrat, as his heir, Otho felt betrayed. An opportunity to seize power for himself was also clearly coming about as Galba had won few supporters with his reputation for greed and cruelty. He was certainly a harsh character but he was not so much greedy as he was foolishly parsimonious. Fiscal conservatism was needed after the extravegance of Nero but Galba was frugal beyond the point of common sense such as when he refused to pay the Praetorian Guard their expected bonus on the announcement of his adoption of Piso. Keeping the Praetorians well paid and happy was something most emperors recognized as an absolute necessity. Many Roman elites were also unimpressed with Piso as a future ruler, knowing very little about him. Otho saw his chance and seized it.

Otho was able to easily win the Praetorian Guard to his side and on the morning of January 15, 69 when Galba went to worship at the Temple of Apollo on the Palatine Hill, Otho slipped away, carried in a closed litter, to the Praetorian camp where the troops proclaimed him Emperor of Rome. Bravely or foolishly, Galba chose to go out personally to confront the rebels and he was killed by a soldier of the XV Legion in the Forum. Piso fled to the Temple of Vesta but was dragged out by Otho’s partisans and killed as well. It was a bloody but short business and the nasty spectacle rather put the senate off from the newly proclaimed Emperor Otho but, nonetheless, they confirmed his status and voted him the traditional powers and offices of the Emperor of Rome. As a ruler, he showed great ability but many seemed unwilling to give him a chance, having a negative opinion of him fixed in his mind, whether from the way he seized power, his former friendship with Nero or his reputation for being vain and extravagant as a young man. His rule was not unchallenged and would not last long, yet, it is rather unfair that he is so often overlooked and he showed considerable talent and ability as monarch. 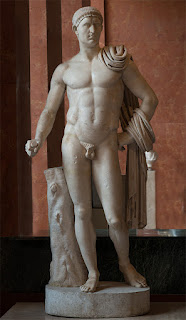 However, those who had already made up their mind to dislike Otho were able to find fault in almost anything. He had thinning hair and so wore a wig, kept his body hairless and was always clean shaven, so many predisposed to dislike him accused him of being excessively vain. He restored the statues of Emperor Nero and appointed some of his officials to high office again, which critics took as a dark sign of a return to days best forgotten. His offer to share power with his chief rival were also portrayed as a sign of weakness. In fact, his outreach to the memory and former officials of Nero were simply an effort to maintain a sense of continuity and to win over loyalists of the late emperor (despite his current reputation, there were quite a few who fervently supported Nero). His offer to share power was likewise not a sign of weakness but a genuine effort to avoid a damaging civil war. That rival was Aulus Vitellius, a general who had been proclaimed emperor by his troops on the Rhine frontier. Most of the empire submitted to Otho but Hispania and Gallia (Spain and France) gave their loyalty to Vitellius.

In another effort to avert war, Emperor Otho proposed to marry the daughter of Vitellius but the general refused the match and with his legions marching south, Otho had to look to the defense of Italy. The problem was that the bulk of his army, the Danube legions, could not reach Italy before Vitellius did. So, Emperor Otho sent his advance guard north to try to hold the rebel legions at the Po River while dispatching another force by sea to land in southern France as a diversion. His plan was to delay Vitellius long enough for the Danube legions to arrive and then fight a hopefully victorious battle that would secure his throne. Emperor Otho left Rome on March 14 to take personal command of his forces, establishing himself at Bedriacum, about 20 miles east of Cremona. Rebel troops under Caecina entered Italian soil first and camped outside Cremona. The other rebel division under Valens arrived later and together they outnumbered the forces of Emperor Otho almost 2-to-1. His advisors urged him not to give battle until the Danube legions arrived but the rebel troops began building a bridge across the Po and Emperor Otho could not wait and do nothing while it was completed, allowing Vitellius to march directly on Rome. 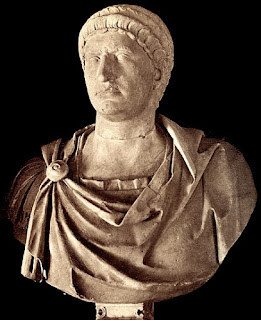 On April 14, Emperor Otho sent his troops forward into the first Battle of Cremona and, not surprisingly, outmatched and greatly outnumbered, they were soundly beaten. Emperor Otho was not on the scene but at Brixellum where he received word of the defeat the following day. He was beaten and knew it. He had nothing left to resist Vitellius, the Danube legions would be too late and if he fled, Italy would be ruined by war. He decided there was no other choice, for the good of Rome, but to do the honorable thing and take his own life. That evening he called together his family and friends, told them to look to their own safety and then went to bed. He awoke the next morning, April 16, and stabbed himself to death at dawn. The three-month reign of Emperor Otho had come to an end. The nature of his death surprised many people, particularly those who had always thought of him as the self-indulgent youth he had once been. They were impressed by his sacrifice and, looking back, even critics of the monarchy in general, as Tacitus tended to be, could not but be impressed by how he had ruled and how he met his end. The famous historian wrote, “Otho, contrary to everyone’s expectation, made no dull surrender to luxury or ease; he put off his pleasures, concealed his profligacy, and ordered his whole life as befitted the imperial position”.

The loyal soldiers of Emperor Otho were very moved by how he had fallen on his own sword in order to spare Italy the horrors of civil war and when his funeral fire was lit a number threw themselves upon the flames to die alongside their emperor. It is a shame that he is not better remembered. Although not surprising, given the brevity of his reign, Emperor Otho was the victim of prejudice. He came to the purple in a violent way that was certainly out of order but does anyone truly doubt that Galba’s troops would not have killed Nero had he not done the job himself after being taken? He had brought down an unpopular emperor who had himself come to power by doing the same. Unlike his predecessor, Emperor Otho, during his brief term, ruled with considerable fairness and wisdom. When he knew the end had come, he gave up his own life rather than see others killed in a hopeless battle. In the ranks of the “lesser” Roman emperors, he deserves to be remembered as one of the good ones. His successor, Emperor Vitellius, also did not last long on the throne and made a bad impression from the start. He lasted longer than Otho did but before the year was out was defeated by the Flavian revolt, dragged out of hiding, tortured, executed and thrown in the Tiber. Emperor Otho had certainly exited in a more noble way.
Posted by MadMonarchist at 9:07 PM