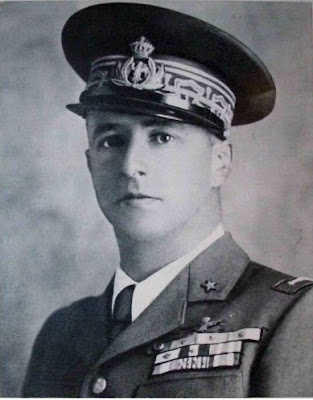 Rino Corso Fougier was born on November 14, 1894 in Bastia, France. In 1912 he enlisted in the Regio Esercito (Royal Army) and showed promise. He took the reserve officer student training course and in 1914 was commissioned a second lieutenant in command of a platoon of bicycle-mounted Bersaglieri. When the Kingdom of Italy entered World War I the following year he served with the Seventh Bersaglieri Regiment and was wounded in action on June 23, 1915 by a mine explosion while carrying out a reconnaissance mission. He pushed forward and earned the Silver Medal for Military Valor for his heroism. However, his aspirations caused him to look to the skies and he began training as a combat pilot at the Battalion Airmen School of Venaria Reale in Piedmont, earning his license in 1916 and becoming a combat pilot the following year. Posted to the 113th Squadron, he saw action in numerous air battles. He earned his second Silver Medal after taking on three enemy planes on May 20, 1917 over the Austrians' Banjšice Plateau, a fight in which he was wounded again. He served in other squadrons and was promoted to the rank of captain, earning a third Silver Medal along the way. After the war he was appointed to command his own squadron. 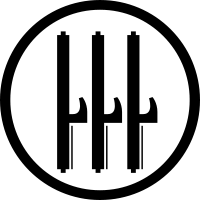 Previously, he was still officially a Bersaglieri officer but in 1923 the Regia Aeronautica (Royal Air Force) was officially established and in 1927 Fougier was promoted to lieutenant colonel. From 1928 to 1933 he commanded the First Wing and was singled out for praise by Air Marshal Italo Balbo. In 1930 he established the first school of aerobatics which would become a famous institution and during World War II the Italian pilots would be widely known for their aerobatic skill. In 1931 he was promoted to colonel and from 1933 to 1934 commanded the 3rd Air Brigade. Subsequently he saw colonial service as commander of the air forces in Libya until 1937. He commanded Italian air forces in the Second Italo-Abyssinian War and saw action again in the Spanish Civil War in which Italian air power played a critical role. Afterwards, he was made inspector of air force training schools and had a couple of other assignments before Italian entry into World War II. Despite being pioneers in air warfare, Italy entered the conflict with some considerable disadvantages. Success in previous campaigns with older aircraft meant that innovation was not given the priority it should have and most Italian aircraft were outdated when Italy entered the war. The industrial capacity of the country was also insufficient to meet the demands of a world war.

In 1940, General Rino Corso Fougier received his most famous assignment; command of the Italian air forces operating in the Battle of Britain (see Italians in the Battle of Britain). Although they are not often remembered in histories of the Battle of Britain, the Italians actually did quite well, especially considering how outmatched their maneuverable but slow CR.42 biplanes were by the British Spitfires. The Italian pilots flew numerous missions, performed very well in air-to-air combat and inflicted about as much damage on the British as they lost themselves. Italian bombing raids on coastal installations also did considerable damage and forced the British RAF to divert resources which would have been better employed in fending off attacks by the German Luftwaffe. It was a campaign that deserves to be more widely known because the Italian pilots performed very well and were not without successes. At Felixtowne, Harwich and Ramsgate, the initial Italian air attacks went very well and the daylight raid on Ramsgate resulted in only five Italian aircraft being damaged by anti-aircraft fire. In air-to-air combat with the RAF the outmatched Italians generally gave as good as they got, inflicting as much damage as they incurred. Counting fighters and bombers, the Italian forces lost 15 aircraft in the Battle of Britain but destroyed an equal number of British aircraft in the process while dropping 54 tons of ordinance on the enemy. 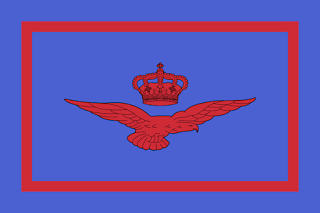 Eventually, however, Mussolini determined that Italy's resources had to be focused on the Mediterranean (though there was the diversion of forces to Russia) and so the Italian Air Corps in Belgian operating against England was withdrawn. After the dismissal of General Francesco Pricolo, General Rino Corso Fougier was promoted to Chief of Staff of the Regia Aeronautica and Secretary of State. In 1942 he was promoted to General of the Army (Aviation) but his military career came to an end the following year with the downfall of the Fascist state and the armistice with the Allies. Because the Regia Aeronautica had been born in the Fascist era there were those who harbored suspicions about the whole organization and General Rino Corso Fougier was stripped of his post and left the military to retire to civilian life. Nonetheless, he had finished a remarkable career of service to his King and his nation. He died in Rome on April 24, 1963.
Posted by MadMonarchist at 12:00 AM