The Battle of Dijon: Italian Victory Over Prussia 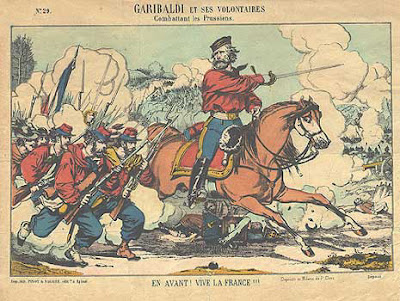 A battle that is not often remembered in the Franco-Prussian War of 1870 was the Battle of Dijon, actually a series of three battles fought from October 29, 1870 to January 23, 1871. The Kingdom of Italy, still in its formative years, did not take sides in the conflict officially and public sentiment regarding the two sides changed dramatically over the course of the short conflict. Initially, most Italians were more supportive of Prussia which had most recently been an ally. The French Empire of Napoleon III had aided the Italians in driving Austria from Lombardy but had stopped short and then made peace which many in Italy viewed as almost a betrayal. The Prussians, in their previous war, had allied with Italy against Austria which resulted in Venice being restored to the Italian homeland. Napoleon had also garrisoned Rome with French troops and the Italian government was adamant that it wanted an end to the presence of any foreign soldiers on Italian soil. Toward this end, King Victor Emmanuel II had entertained the idea of assisting France in return for the withdrawal of French troops from Rome but Napoleon would not agree to this and so, despite a great deal of talk, Italy remained on the sidelines. 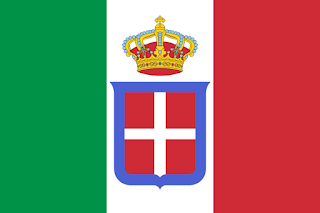 Many Italians hoped for a Prussian victory. However, that view changed completely with the downfall of Napoleon and the birth of the Third French Republic when Prussia  demanded the territory of Alsace from France. What had first been portrayed as a war of self-defense, then appeared to be a war of conquest and Italian opinion in many quarters shifted dramatically from favoring Prussia to favoring France. The Kingdom of Italy would still not participate in the conflict on an official level but many Italians would fight in the war on an unofficial level. The most famous Italian figure of the period, Giuseppe Garibaldi, offered his services. The French were reluctant to have him, remembering how he had fought them in front of Rome in the past but their situation was so desperate that they could hardly afford to refuse such an offer. Garibaldi arrived and was first given command of a small group of Italian volunteers but this was later expanded into the “Army of the Vosges” consisting variously from 5 to 15,000 men. It was a motley force of volunteers of diverse origins including Italians, French, Spanish, English, Irish and American fighters. They were organized into four brigades commanded by General Joseph Bossack (a Pole), Colonel Delpeck and Garibaldi’s sons Menotti Garibaldi and Ricciotti Garibaldi with General Bordone as Garibaldi’s chief of staff.

The military situation was dire. After the defeat of Napoleon at Sedan, the Prussians and their allies from the minor German states besieged Paris while also moving to consolidate their position and secure their flanks and supply lines. This included an advance on Dijon led by the Prussian General August von Werder, an experienced officer with a record of success. The Army of the Vosges had also tasted success when, on 14 November 1870, Ricciotti Garibaldi led 400 men in attacking and defeating about 1,000 Germans at Chatillon, taking 167 prisoners, capturing a great of weapons and ammunition and suffering only 6 killed and 12 wounded in the process. When word arrived that Dijon was being attacked by the Prussians, Garibaldi responded and moved to assist. However, before he arrived, the French had surrendered and the first battle of Dijon was over. Garibaldi knew he would be outmatched but that was a circumstance he had grown accustomed to in his career and so he was considering a night attack when the opportunity presented itself to surprise a portion of the Prussian army outside of town.

Garibaldi deployed his men and ambushed the Prussians who put up a fight but were caught in a withering fire and soon retreated. Garibaldi seized the opportunity and ordered his men to pursue, chasing the Prussians all the way back to Dijon. Not wishing to let up, Garibaldi pushed on and attacked Dijon the same evening his forces arrived, even though he had only 5,000 men. His men were aggressive and enthusiastic but had little training and experience, particularly compared to the magnificently drilled and disciplined Prussians. The fighting for the town went on all through the night but the Prussians held their ground and Garibaldi was finally forced to withdraw and fall back to Autun. This time it was the Prussians that pursued him. The Prussians applied fierce Teutonic pressure to Garibaldi and his men at Autun but the build-up of French forces near Dijon worried General Werder and so he cancelled the attack to concentrate all of his strength on Dijon, inadvertently saving Garibaldi from what appeared to be certain doom. In the end, Werder decided he would not defend Dijon anyway and evacuated his forces.

Garibaldi and his men planned to move to Dijon, occupy the town themselves and fight a defensive battle against the Prussians. After a rest and careful planning, his men began the grueling winter march to Dijon. The town was occupied, defenses were manned and Garibaldi and his troops waited for the inevitable Prussian attack. That attack came, from the west, on January 21, 1871 and lasted for four days. The fighting was fierce and surged back and forth between both sides with attacks and counter-attacks. Eventually, the Prussians were defeated and forced to retreat. For Garibaldi, the crowning achievement of his forces was the capture of the flag of the 61st Pomeranian Regiment. It was the only regimental flag that the Prussian forces lost in the entire war and is part of why the battle for Dijon is a page of military history that the Germans would rather forget about. Eventually of course, as France did lose the war, the Prussians came back and kept up the pressure until Garibaldi withdrew his exhausted soldiers. France agreed to hand over Alsace-Lorraine to the newly united Germany and to pay heavy war reparations. The French, however, seemed almost as embarrassed by Garibaldi’s victory as the Prussians. He had succeeded where they had failed and the only one to claim a German flag as a trophy was an elderly Italian rather than the professional French army. The locals, of course, were appreciative and elected Garibaldi to represent them in the National Assembly (to Garibaldi’s surprise) but as he was Italian and not French he was not allowed to take up his seat.
Posted by MadMonarchist at 4:22 AM