A Classical View of Modern Problems 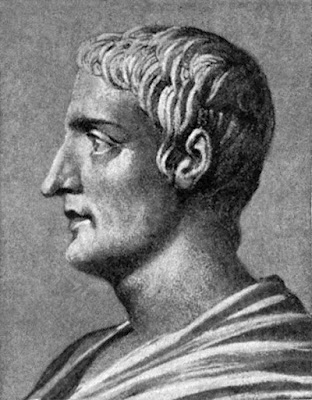 It will have escaped no one's attention that Europe, and the wider western world, is in a state of crisis. Demographic changes have placed the peoples of Western Europe on a path to extinction, European nations are under threat of being replaced by international organizations run by a globalist elite and there are problems ranging from terrorism to simple cultural stress brought about by the importation of peoples totally alien to Europe and western values, customs and traditions. Italy has been at the forefront of this crisis, particularly in terms of the influx of massive numbers of migrants from Africa and the Middle East who cross the Mediterranean and make their first landfall on Italian soil. Most, as we know, do not choose to remain in Italy but move north toward countries such as Sweden, Norway or, most especially, Germany. The usual explanation for this is that these are wealthier countries with more to offer than the heavily indebted countries in the south such as Greece or Spain or the Italian Republic. That is certainly true and it makes sense. However, it also matters that these countries, particularly Germany, have welcomed such migrants and are willing to accept them. No one is forcing the German government to do this and, given the immense problems it is causing, one must ask why they would.

There are, undoubtedly, a number of reasons that could be put forward but we might also consider a possible explanation that a mentality is at work here that was around in the days of ancient Rome. In his book Germania, the Roman historian Tacitus wrote down his observations about the Germans and how different they were, in so many ways, from the people, society and customs of Rome. He describes how very meritocratic the Germans were, how egalitarian their society was in contrast to Rome, making it less orderly but in other ways more admirable to modern sensibilities. Tacitus also described in great deal, as an example, the very different attitude towards women that the Germans had. In Rome, it was the matron that was upheld as the ideal, the supportive wife and mother, devoted to her home and family, to domestic pursuits. German women, on the other hand, had a much higher profile, were more outspoken and even followed their men into battle, cheering them on amidst the carnage. Like the Romans, most Germans had only one wife but adultery seems to have been very rare among the Germans. Tacitus also spoke of how decisions were taken collectively by the senior men of every German tribe, totally unlike the Romans with the prominent leadership of great generals, consuls or, in times of crisis, a dictator. Ultimately, as we know, there would be an emperor.

Could some trace of these attitudes still remain in the German mind of today? If these were spread beyond the "tribe" to all other peoples in the world, it might explain, to some extent, the current German position regarding issues from feminism to the migrant crisis. That would be the key point though, as the ancient Germans would certainly be aghast at the actions of their descendants today because they certainly drew a sharp distinction between those who were Germans and those who were not. However, the mentality that everyone, regardless of who they are, must be given consideration, if applied beyond the "tribe" might, to some extent, explain the attitude of Germany today and why opposition seems to be so much stronger in countries such as France, Italy, England, Poland or Hungary. One also cannot help but notice, in the United States, where the current presidential race is portrayed as a contest between a nationalist, Trump, and a globalist, Clinton, that Anglo Americans, Scots-Irish, Polish-Americans and Italian-Americans have tended to support Donald Trump, Americans of German, Dutch and Scandinavian ancestry have tended to oppose him. It does make one wonder just how much our ancestry influences our views and opinions.
Posted by MadMonarchist at 1:02 PM