During a period in World War II when the British, despite the great power of the Royal Navy, were having a great deal of trouble disrupting Italian supply lines across the Mediterranean to North Africa which Admiral Luigi Biancheri had kept open, a potential 'easy target' was sought out. Deprived of success in the Central Mediterranean, the British naval commander, Admiral Andrew Cunningham, decided to focus on the eastern side of the sea and ordered an attack on the lightly defended Italian island of Castelorizzo. Located just off the Turkish coast, between Rhodes and Cyprus, the British planned to use Castelorizzo as a launching platform for a more significant attack on the Italian naval base at Leros, one of the most strategically vital bases in the Aegean Sea. Wishing to take no chances after previous disappointments, Admiral Cunningham dispatched an entire cruiser division to the island which put ashore 500 elite British commandos to seize the island, expecting no real trouble from the handful of sailors and policemen who constituted the only Italian resistance on Castelorizzo.

However, the Italian sailors resisted fiercely, immediately radioed for assistance and withdrew to the most easily defended areas of the island and kept up their resistance, continuing to hold out against the British commandos throughout the day of February 25, 1941. They had to hold out alone all day before help arrived after nightfall in the form of a few Italian destroyers and torpedo boats carrying 240 infantry from the Italian garrison at Rhodes. The torpedo boats were under the command of Captain Francesco Mimbelli (who would go on to more fame in action in the Black Sea against the Russians). The Regia Aeronautica preceded the landing, bombing the harbor and British positions, inflicting enough damage that one warship was forced to recall her marines and retreat. This deprived the commandos of their radio link with Alexandria, Egypt. It also prevented additional British troops from landing as the air attacks threw the Royal Navy into a panic, being under attack from the air and unable to locate the small flotilla of Italian warships they knew were closing in on them. 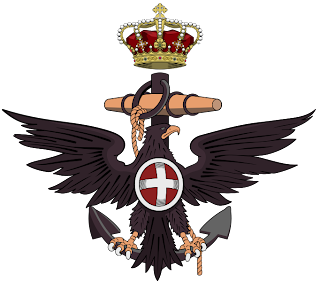 The Italian ships landed their troops and began covering the infantry by shelling British positions ashore. Although they were outnumbered by more than two-to-one the Italian troops fought their way forward against the British commandos, seizing key positions and finally surrounding the British force. Without air or naval support the British knew their operation was doomed and those forces still able to reach their ships retreated. The Italians continued to close in and the fighting raged on for two days before the British accepted defeat and surrendered. The British fleet sailed back to Egypt after making one last, fruitless sweep in which they failed to locate or destroy a single Italian vessel.

Admiral Cunningham was amazed at how the Italians, whom British propaganda always derided, had, “reacted with utmost vigor and enterprise” and had made a “rotten business” of his attempt to takeover the island. Many of the British commanders had foolishly believed their own propaganda, that the Italians were sub-standard fighters and the action at Castelorizzo shocked them to their senses as they witnessed first-hand the skill and tenacity of Italian troops and the Regia Marina. This sharp battle put a permanent end to any hope of the British to seize control of the Dodecanese Islands from Italy and the islands remained in Italian hands until the 1943 armistice after which the Kingdom of Italy joined the Allies in declaring war on Nazi Germany.
Posted by MadMonarchist at 10:29 AM