An Italian King of Spain 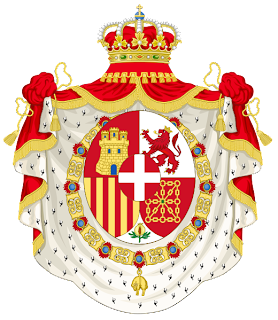 On this day in 1871 Amedeo I, son of King Vittorio Emanuele II of Italy, became the King of Spain. Although a rather reluctant monarch, he accepted the Spanish throne out of a desire to restore Spain as a country and to fulfill the vision of his father to spread the House of Savoy across the Mediterranean area, to make Italy the heart of a new sort of Roman empire consisting of allied kingdoms united by the Savoy dynasty. It seemed to be coming together with King Amedeo's sister Maria Pia across the border as Queen consort of Portugal and another sister, Maria Clotilde, married into the Bonaparte family of the French Second Empire (though it had recently fallen). A great deal of attention and Italian support was also being given to the Greeks in their struggle for independence from the Turks. At the time, the Savoy star was rising without doubt and with Spain in such trouble, many saw an Italian monarch as the ideal solution. The idea was to bring Spain together on the path of moderate, constitutional government and economic progress. Unfortunately, the deep divisions in Spanish society proved impossible to overcome, particularly after the death of General Juan Prim, the chief support of the Duke of Aosta to be King of Spain. When King Amedeo I declared Spain "ungovernable" and abdicated his throne to return to Italy, Spain fell victim to its first republic which, thankfully, was so inept that it died a quick death. 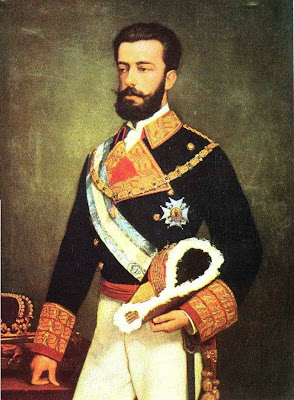 Posted by MadMonarchist at 6:18 AM

Email ThisBlogThis!Share to TwitterShare to FacebookShare to Pinterest
Labels: spain