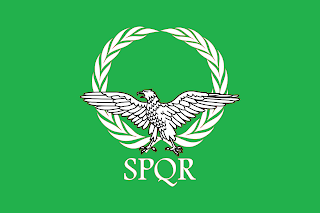 For a very long time, many of the stalwart defenders of historical orthodoxy have maintained that, while the ancient Romans were aware of the island of Ireland, they certainly never conquered it or even visited it. Today, however, this long-held assumption is being challenged and, with recent archaeological discoveries, it is becoming increasingly clear that not only did the Romans visit Ireland but that they had an established presence there. Of course, we know that the Romans knew of Ireland, it appears on Roman maps and was called, by the Romans, Hibernia which is today part of the title of one of the largest Irish ethnic social groups. That is well established, however, many people have fiercely clung to the belief that the Romans never controlled Ireland or any part of it. To some degree, there may also be some nationalistic vanity at work here and it would not be the first time. For example, ask any German about the old Roman Empire (not the German one they call the First Reich) and they will invariably boast of how Germania was never conquered by the Romans in all their centuries of history. Well, that is true, the Romans never conquered the entirety of what we know as Germany, however it has been emphasized to such an extent that many are ignorant of the fact that the Romans actually did conquer a great deal of Germania at various times, even most of it. So, it may also be that some similar sort of national pride (mistaken though it may be) is at work in Ireland and this might explain the resistance so many have shown to the facts of Roman-Irish contact. 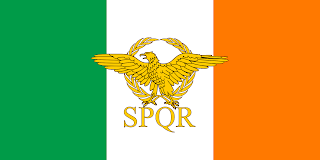 The ancient Greeks, we know, were aware of Ireland and the Roman Republic knew of it long before Roman power came anywhere near to the island. Julius Caesar mentioned Ireland in his writings during his campaign in Britain and other Roman authors wrote about the island and its people as well, displaying an awareness of Ireland but also a near total lack of actual facts about the place. However, all of that began to change with the reign of Emperor Claudius when the Roman legions conquered Britain in 46 AD. It now seems most likely that it was during the reign of Claudius, after the conquest of Britain (which is to say as far as the future wall of Hadrian or roughly modern-day England) that the Romans invaded Ireland as well. Archaeologists have unearthed Roman coins, decorative accessories and other items at various locations and not just the extreme south coast as one might expect. The most significant find was 15 miles north of Dublin at Drumanagh where what has been described as a Roman fort or a trading post for Roman Britain was unearthed. The evidence would suggest it was a fort and settlement.

Naturally, those who resist the idea of the Romans having any significant contact with Ireland have tried to explain away the many Roman artifacts by claiming that Drumanagh was the site of an Irish trading post and that Irish merchants brought back Roman items from Britain. This story, while possible, does not stand up to scrutiny. Roman sources point to not only contact with Ireland through trade but a military expedition. Tacitus wrote about an invasion across the Irish Sea undertaken by General Gnaeus Julius Agricola from Britain and that Agricola conquered numerous tribes of people who were completely alien to the Roman world of that time. This, combined with the archaeological evidence, suggests that not only did the Romans trade with Ireland and visit Ireland but that considerable Irish territory was brought under Roman control. The fact that this was not something long known to be true can be explained in a number of ways. Such outposts on the extreme frontier of the known world were always the most lightly held by the Roman Empire, the natives of the Italian peninsula would have found the climate highly undesirable and there was no great wealth available for the taking either. All are potential reasons for why the Romans did not more firmly establish themselves in Ireland or set down much about the enterprise for posterity. 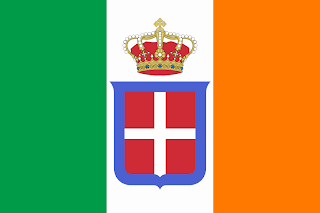 It is also true, though not popularly known, that long before the travels of St Patrick there were Christians in Ireland and this further establishes that at least partial Roman control over Ireland must have lasted from the time of Emperor Claudius until well into the period when the Roman Empire became an officially Christian empire. Many historians now also agree that the Romans helped an embattled Irish chieftain to regain his throne and this would be entirely in keeping with Roman policy as local rulers of client-states were fairly common throughout Roman history in both the imperial and republican periods. Taken altogether, there can be little doubt that Ireland was a part of the Roman world and at least somewhat of a part of the Roman Empire. This is still more evidence that the boast that the Roman Imperium spanned the world was no idle boast. After all, as well as Ireland, the Romans did get quite a way into Germany, even Denmark (the earliest Danish nobility were of Roman descent) and we know that Roman ships sailed the Baltic Sea. It all stands as testimony to the earliest days of western civilization when the culture that originated on the Italian peninsula spanned the known world.

Posted by MadMonarchist at 6:57 AM