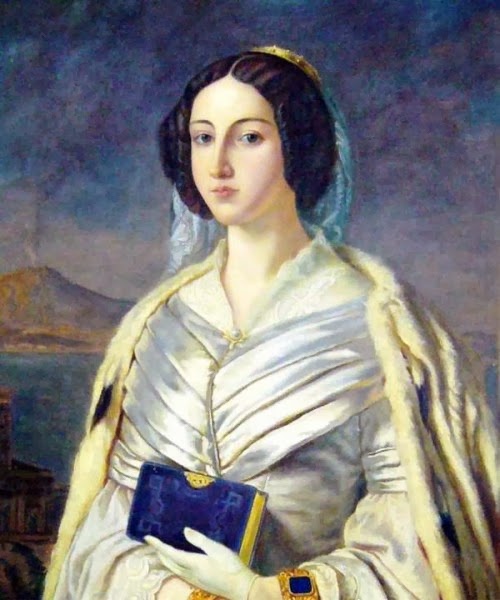 It became official this weekend in a ceremony at the Basilica of Santa Chiara in Naples that the last Queen of the Two-Sicilies, daughter of King Vittorio Emanuele I, is now Blessed Maria Cristina of Savoy. For more information, you can read a profile on Maria Cristina of Savoy, Queen of the Two-Sicilies. This was an extremely special occasion and one longed for by the people of Naples for many, many years. The Savoy princess who became their Queen was quite beloved by the common people, respected by all and was a shining example of Christian devotion, principles and compassion. It may also be that this occasion moved the House of Bourbon Two-Sicilies, which she was married into, to come together in reconciliation in another historic event last Friday. 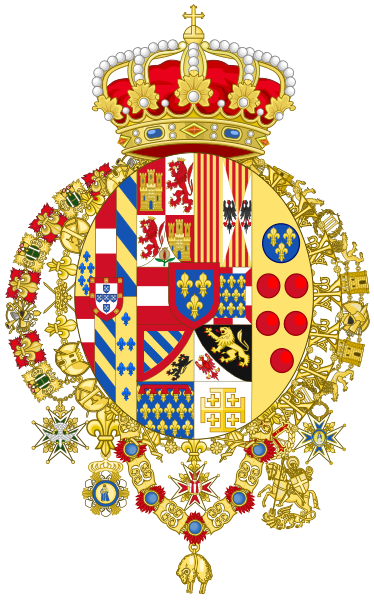 On that day, the Duke of Noto (acting in place of the Duke of Calabria) and the Duke of Castro signed a document of reconciliation to end the feud between the two rival branches of the House of Bourbon Two-Sicilies which they represent. By this agreement, the heads of both branches of the family will be treated equally and will share leadership of the House. They will both represent the family together and the future succession will be undisputed since the Duke of Castro has no male children. The eldest son of the Duke of Noto, Prince Jaime, is also being prepared for a greater leadership role and is learning Italian. Now, in this case, some will undoubtedly raise the issue, held to by a small minority of separatists, about the restoration of the Kingdom of the Two-Sicilies. It is entirely a moot point as the House of Bourbon Two-Sicilies and the House of Savoy were themselves reconciled some time ago and the Bourbon heirs accepted the unification and independence of the Kingdom of Italy. Prince Ferdinando Pio, Duke of Calabria (the last undisputed head of the Bourbon Two-Sicilies family) recognized the place of the House of Savoy, visited HM King Vittorio Emanuele III and was made a Knight of the Supreme Order of the Most Holy Annunciation by HM King Umberto II of Italy in 1948. The Duke later gave the King the Collar of the Constantinian Order. It is also worth repeating that the leaders of the House of Bourbon Two-Sicilies have never called for the secession of the south and the break-up of the united Italy (as some northern groups have).
Posted by MadMonarchist at 8:03 PM