Italians in the American Civil War 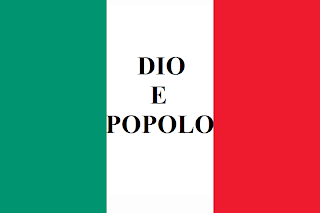 During the American Civil War, the Italian-American community was well represented on both sides of the north-south divide. Due to the majority of the immigrant population being in the north, most served on the side of the Union but there were Italians who fought for the Confederacy as well, although they tend to be less well known. Most of the Italians in the Union army were recruited from New York City and included prominent Italians such as Francesco Casale, Luigi Tinelli, Enrico Fardella and Eduardo Ferrero. Casale was the father of the "Italian Legion" and later helped organize the most famous Italo-American unit of the war, the Garibaldi Guard. Francesco Spinola, another leading Italian-American, helped recruit a number of militia units and was appointed by President Abraham Lincoln to be their general. Four prominent Italian-Americans rose to general rank in the Union Army, including General Luigi Palma di Cesnola who earned the Congressional Medal of Honor. At the time, with the division of America coinciding with the unification of the Kingdom of Italy, there was no more prominent Italian than Giuseppe Garibaldi, both for his actions in South America and his battles to unite the Italian nation. President Abraham Lincoln offered Garibaldi the rank of major general in the Union army but Garibaldi politely refused because he would not have complete independence and Lincoln would not declare that the purpose of the war was to eradicate slavery. 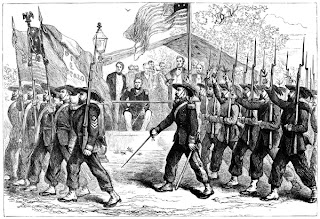 The most famous Italian-American unit was the 39th New York Volunteer Infantry Regiment, better known as the Garibaldi Guard. Although its ranks included a number of ethnic groups, the majority were Italians and that was shown in their name, the Italian tricolor (shown above) they carried into battle and the flamboyant uniforms they adopted, patterned somewhat after the famous Bersaglieri (Italian light infantry). The Garibaldi Guard fought in almost every major action of the eastern theatre of war including such famous battles as Harper's Ferry in 1862, Gettysburg in 1863, the Wilderness, Spotsylvania Court House, Cold Harbor and the siege of Petersburg in 1864. They were also present at the final Appomatox campaign in 1865. 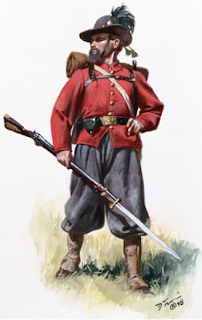 In the south, the largest city and biggest port was New Orleans, Louisiana and so it is not surprising that many immigrants landed there, including a number of Italians. When Louisiana left the union a call went out for volunteers to defend the new Confederacy and among the most prominent recruiters in New Orleans was Captain Joseph Santini and many Italians volunteered. They formed the Garibaldi Legion, led by Santini and with other Italian-Americans as his top officers, they too showed their ethnic pride by wearing cocked hats with plumes in the Italian national colors as well as adopting the uniform red shirts of Garibaldi's famous "Thousand" (The Garibaldi Guard in the north wore Union blue). They paraded in New Orleans for the first time in March of 1861. The problem with the Garibaldi Legion and Guard was that there were not enough Italians in America at that time (especially in the south) to maintain their numbers throughout the long and bloody conflict. In the south, the Garibaldi Legion was brigaded together with another ethnic unit called the "Spanish Hunters" (in Spanish of course) in the Louisiana militia, later grouped as the 6th Regiment of what was called the "European Brigade" of the Confederate army. They fought with great courage and tenacity up until the capture of New Orleans by General Benjamin Butler, USA.

All of this came, of course, before the largest waves of Italian immigrants touched American shores, yet, whether they landed in the north or the south they showed themselves willing to fight for their new country while still remaining attached in their hearts to their own homeland which was only then becoming a reality as a united, Italian nation.
Posted by MadMonarchist at 4:11 PM