The Disaster of the 49 Roman Republic 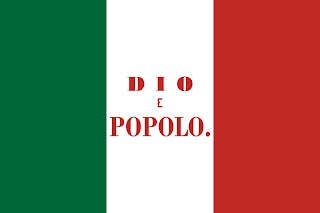 It was on this day in 1849 that the "New Roman Republic" was established by the radical party of Giuseppe Mazzini with the help of some "muscle" provided by Giuseppe Garibaldi. The Pope, Blessed Pius IX, who had previously ruled Rome and central Italy was driven from his palace, forced to escape disguised as a simple priest, to the safety of Gaeta in the Kingdom of the Two Sicilies. The Pope had previously encouraged liberalism and Italian solidarity but was horrified by the assassination of his Justice Minister in the more progressive government he had set up at the instigation of the republicans. People also demanded a declaration of war from the Pope against the Austrian Empire, which he was not about to do and so he finally escaped as there is little doubt that his life may have been in danger. In his absence a totally secular government was established under the leadership of Mazzini who enacted total freedom of religion (which usually ends in a muddled lack of respect for all religions as we see today) but which also tried to placate the Pontiff with promises that his rule of the Catholic Church would not be interfered with. Of course, the Pope was not about to believe that and after all that had happened to him, with his own throne being effectively taken from him, Blessed Pius IX immediately did a complete political turnaround -going from being known as a "liberal Pope" to the strictest reactionary, which he is probably best known as still today.

The New Roman Republic was a disaster for everyone involved and pleased no one except for the radical anti-clerical revolutionary republicans. It was certainly no great step forward for those legitimate Italian nationalists who wanted unity and independence for Italy. For the Pope, it should go without saying, it was a huge disaster and forced him to put himself totally at the mercy of forces that were not the most reliable. There was little the Kingdom of the Two-Sicilies could do but the Spanish sent over an army but under the command of a general not known for being a staunch conservative. The real push came from France and President Louis Napoleon Bonaparte who would soon declare himself Emperor of the French like his famous great-uncle. Given the history associated with the Bonaparte name, the Pope could not have felt entirely secure being given help from such a quarter and in fact his general, Charles Oudinot, was such a staunch republican himself that he later broke with Napoleon III when he restored the French Empire. France, initially, was also willing to make a deal with Mazzini to arrive at some accommodation that would allow him and the Pope to share power but, as we know, the republican government would not hear of it and demanded war with France. 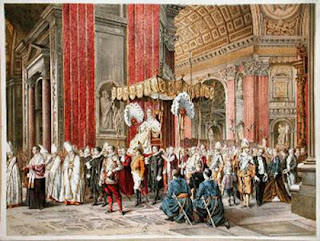 Mazzini didn't want this, as he hoped to befriend republican France, and he held Garibaldi back when his army actually gave the French a sound drubbing and sent them retreating back to the coast. However, it was only a temporary calm before a greater storm. More French troops were rushed to Italy and the result was a march on Rome that Garibaldi and his volunteers could not stop (Garibaldi himself eventually took refuge in San Marino). The New Roman Republic was destroyed, the French took control of the area and declared papal rule restored. The Pope did not immediately return however because of Napoleon urging him to institute a secular government and adopt the 'Code Napoleon' as the basis for law. The Pope was worried that he might have just exchanged Mazzini for Bonaparte in being master over him. He did, of course, finally return but he would have to depend on the presence of French troops from then on to maintain his rule over Rome and the surrounding area. 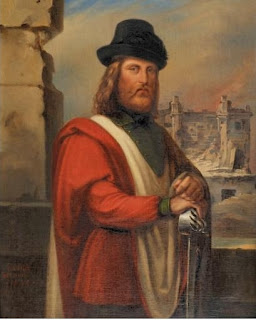 The entire episode of the New Roman Republic was a terrible waste. It clearly demonstrates the short-sighted nature of the revolutionary republicans. They accomplished nothing other than creating a religious divide in the country and inviting more invasions by more foreign troops who remain on Italian soil for several decades to come. The better plan would have been what was proposed later by King Vittorio Emanuele II; an Italian army to guarantee the security of the Pope and a coalition of all Italian states to create a stronger union. The New Roman Republic accomplished nothing, it fell and only made things worse for the ordinary Romans, it increased tensions with the Catholic Church and the national movement and it prompted a French intervention that would keep Rome cut off from the rest of Italy for the next thirty years. The lip-service given to the role of the Church made a mockery of Catholic tradition as well for we can clearly see today that a truly Christian republic is a contradiction in terms.
Posted by MadMonarchist at 11:01 AM