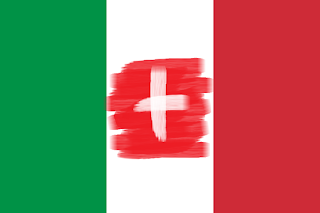 For markets around the world at least. In the United States (on another continent an ocean away) the Dow Jones plunged 216 points just before the closing bell and all because of the election results in the Italian Republic which have all the makings for more deadlock. The chronic instability of the republic continues to be a source of shame as well as trouble for countries far beyond the Italian borders, because of the interdependence pushed on everyone by the globalist crowd. Italy, the third largest economy in Europe, with more debt than any country besides Greece, could upset the economic boat of the European Union and that would upset the boat of the United States and by extension economies across the Americas and even Asia. What is the problem? When will people realize the problem? Will they ever realize it? Italian voters cannot seem to agree on which way the country should go; slightly more socialist or slightly less socialist. They are not alone of course which is why the United Kingdom has the absurd Conservative-Liberal Democrat coalition (hardly) governing that country. People have become entrenched in their places in the existing political machine and nothing seems to shake that. 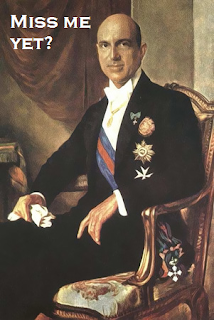 Of course, we could point out that, even with undeniable problems, the Kingdom of Italy was positively a rock of stability compared to the republic. Things were not always calm, but one can still measure the history of the Kingdom of Italy by breaking it up into the eras of the longest-serving prime ministers. Between Depretis, Crispi and Giolitti most of Italian history from Cavour to Mussolini is covered. Yet, if mention is made of this, you will get the usual answer of the brainwashed in their death-grip on republicanism. Restoring the monarchy would not make things better, monarchy is not practical and monarchy is not democratic. They refuse to see the truth that is looking them right in the face. True, restoring the monarchy would not cause instant prosperity but it would, undoubtedly, help. As far as not being practical; look at where the republic has delivered Italy! Is the current situation very practical? Lastly, when it comes to democracy, a constitutional monarchy is usually more democratic than most republics in the world, but one must really question the republican devotion to monarchy when Italy was lately ruled by a President who is not directly elected by the people and a Prime Minister, imposed by the EU who was not only also not elected by the Italian people but who had never been elected to any office in his life! And just to really ramp up the controversy; just how valuable is democracy when the people are given the vote at a time of crisis and respond with their votes that they effectively cannot make up their mind? 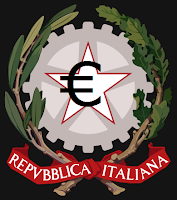 Italy is in a terrible economic position, vastly over-indebted with a top-heavy government, an addiction to spending and increasingly more people on the take than are paying into the system. The socialist house of cards is beginning to collapse around the promise-makers in Rome and yet, as the recent vote shows, even if a politician came along who was willing to do the right thing, he would be quickly voted out of office by a public that does not want to endure the pain that past poor decisions have brought down on the country. What can anyone expect to happen? Rome cannot continue to live on borrowed time and the Italian economy is too big for the EU (which means Germany) to bail out. Unless something drastic is done quickly this can only end in disaster and it will be a far reaching one. But it will be extremely difficult because, it is becoming increasingly clear, a very fundamental change in the very values (or lack thereof) and way of thinking on the part of the public will be necessary before most people would even allow themselves to consider taking the steps needed to restore the situation. 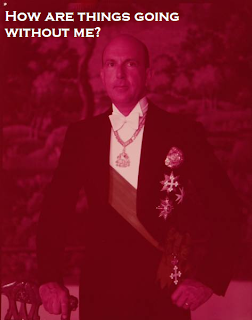 Italy, in the past, was home to the most prosperous cities and the greatest centers of wealth and business in the world and it was accomplished, to one degree or another, by rewarding success and punishing failure. Today, however, success is punished and failure is rewarded. The politician-class act as if they can do anything, selling out their own dignity and even that of their country, because they do keep getting away with it. They utterly humiliate themselves and yet are still reelected to office, time and time again because they tell their group of supporters exactly what they want to hear. It would be completely different if there was a King in Rome, someone who was part of no party but saw only Italians and who could make decisions based on what was right instead of simply what was popular. No one can prove it one way or another but I think things would not be this bad if King Umberto II had been given the chance to fulfill his birthright. After all, everything bad that King Vittorio Emanuele III predicted about a potential Italian republic has certainly come to pass. He knew it would not work for Italy and indeed it has not. The election has only proven the point yet again, a point that really should not need to be proven any more. Plain and simple the republic has totally failed Italy. That is the fact and there is no way around it. The House of Savoy should be promptly restored and with the sincere apologies of all those who have prevented it for so long. Then, for myself, I think a return to personal responsibility and a dramatic downsize in government would be in order but whatever the course of action, restoring the monarchy, with a head of state with a vested interest in the long-term success of the country, would be the correct first step. W il Re!
Posted by MadMonarchist at 12:42 PM