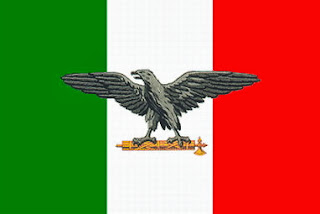 It was on this day in 1943 that the Italian Social Republic was founded, after a group of SS paratroopers broke Mussolini out from his house arrest and took him away to Germany and then German-occupied northern Italy. To this day, a great many Fascists have a very nostalgic view of the RSI as the "pure" fascist state without all of those pesky "concessions" to the monarchy and the Catholic Church that existed in the past (and which Fascists once boasted proudly of as respect for tradition). However, the RSI was not so much a "pure" Fascist state as it was a throwback to the socialist roots of Benito Mussolini; anti-royal, anti-clerical and egalitarian with state ownership of all businesses with more than a hundred employees. He also agreed to vast territorial losses, mostly to Germany, giving away what Italians had struggled for over many generations. This is something many people do not understand when they marvel at how successful Fascism seemed to be when Mussolini first came to power in the Kingdom of Italy. This was due entirely to the great shift Mussolini made toward the right in order to gain support among the conservatives and because the economic facts of life simply allowed for no other option. Mussolini, born and raised a socialist, started out on the left, was cast out by them, started his own mostly leftist movement, then lurched to the right and when the RSI was founded, reverted back toward the left again. 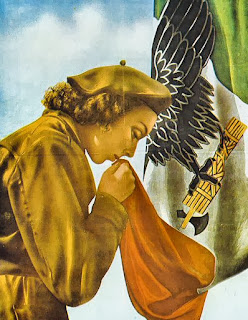 When the Fascists first came to power, and the time when so many around the world viewed Mussolini as a miracle worker and master statesman, they actually enacted policies that were the opposite of what Il Duce himself had championed for so long. Taxes were lowered, regulations on business were actually cut, non-Fascist unions were broken up and the Fascist unions were to keep in cooperation with the industrialists to maximize production and create as many jobs as possible. Mussolini talked about and bragged about his ideal of totalitarianism but, when thrust into power, he found that things worked best when businessmen ran their own businesses and when taxes were cut and regulations were slashed the economy boomed and Mussolini and the Fascist Party got the credit. However, taking this to heart, Mussolini later moved back in the direction he always favored, raised taxes, enacted more regulations and created more social programs which worked together to bring the economic progress of the early years to a halt. It was basically a case of trial and error and any observer could plainly see the policies which brought about the most success under the Fascist regime and which ones did not. After smashing the socialists and holding dictatorial power, Mussolini could afford to do what worked even if it pleased ownership more than labor. 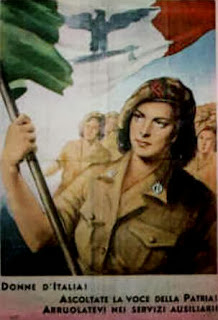 All of this changed with the creation of the RSI. This new regime swung hard back to the left with a program of socialization that Mussolini insisted on. Not surprisingly, the result was a disaster with most industries refusing to cooperate or simply being shut down completely. The effort to win over the life-long socialists and communists within the labor movement was a completely wasted effort by Mussolini and all he succeeded in doing was alienated the people who had supported him in the past as their shield against socialist chaos and internationalist communist subversion. The RSI was not "pure" Fascism but could best be described as angry Fascism, a Fascism that was wounded, clearly doomed but which was still clawing away at friend and foe alike in an effort to survive. It was the the death rattle of the career of Mussolini. It was also, and this fact is lost on many, the first republican government to claim jurisdiction over the whole of the Italian peninsula since the unification of Italy. Those who choose to blame the Italian monarchy for Mussolini and Fascism fail to remember that the first totally Fascist state in Italy was a republic that condemned the lawful King of Italy as a "traitor" for removing Mussolini from power. For all of their supposed anti-Fascism, it seems the post-war Italian republicans and the Fascists of the RSI actually had quite a bit in common.
Posted by MadMonarchist at 4:54 PM