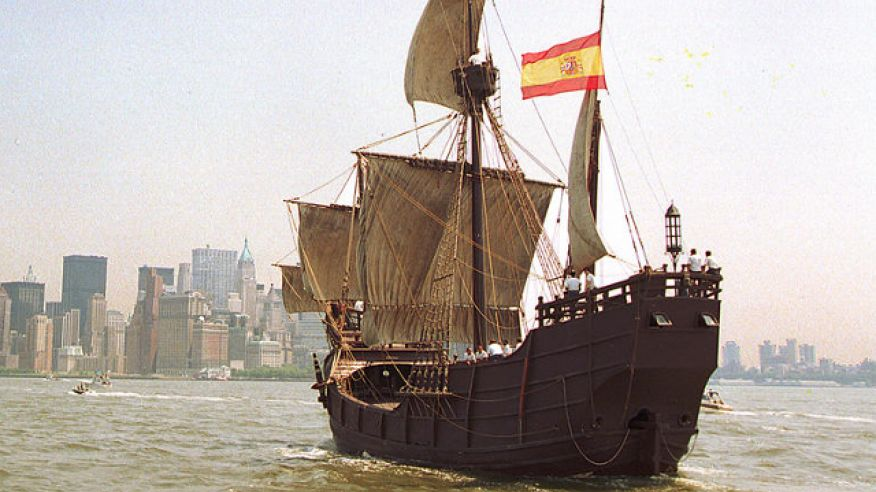 After more than 520 years a group of researchers believe that they have found the remains of the Spanish carrack Santa Maria (Officially La Santa María de la Inmaculada Concepción) which was the largest ship of the exploration fleet led by the intrepid Italian explorer Christopher Columbus on his voyage that "discovered" the New World. The remains have been found in the area where the ship ran aground off the northern coast of Haiti.

British researcher Barry Clifford said, "All the geographical, underwater topography and archaeological evidence strongly suggests that this wreck is Columbus’ famous flagship, the Santa Maria," which is something new, even though the wreckage has long been known. It was first found and photographed in 2003 but no one knew exactly what ship it was and it is only now that experts are saying it is the Santa Maria, the largest of the three ships Columbus used on his voyage which claimed the New World for the Catholic Monarchs of Spain in 1492.

The evidence cited for this is that the location matches that recorded by Columbus in his diary, the ship is the right size and the topography of the area matches up with what researchers believe it was like when the Santa Maria was wrecked on Christmas Day in 1492. They have also poured over the photos taken in 2003 and have identified objects dated from the time of the Columbus voyage. They have to use the photographs because, evidently, much of it is not there anymore, including a ship's cannon, due to being looted by treasure-hunters.

Clifford has said that his hope is for the remains of the ship, if they are confirmed to be that of La Santa Maria to be salvaged from the sea, restored and preserved and placed in a museum in Haiti.

Christopher Columbus, a native of the Republic of Genoa, requested patronage for his voyage of exploration from King John II of Portugal and King Henry VII of England before finally receiving support from King Ferdinand of Aragon and Queen Isabella of Castile in Spain.
Posted by MadMonarchist at 4:18 PM