The Italian King of Croatia 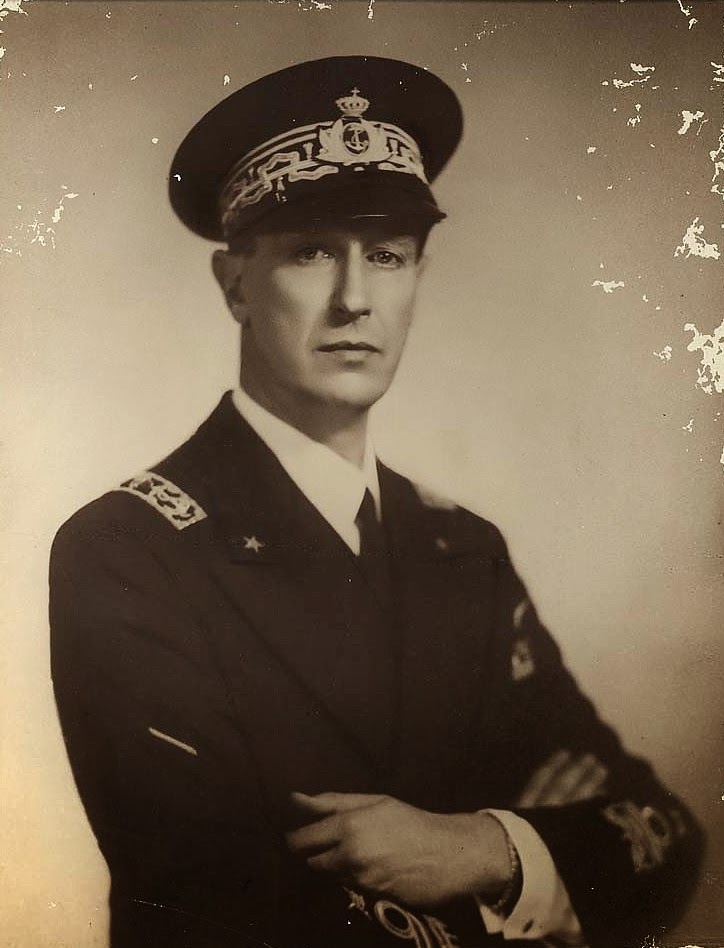 Ever since the end of World War II, during which it was created, lived and died, everything about the Independent State of Croatia is subject to controversy and that has extended to the nominal King of the newly freed Croatia; the Italian Duke of Spoleto who was, on paper at least, His Majesty Tomislav II. He has been accused of being a puppet for puppets, a fascist (what a surprise) and probably more than anything else that he was an uninterested playboy who was a never a real king. However, because he is not often remembered, and when he is it is mostly as the nominal King of Croatia during World War II, it is easy to allow opinion to overtake the facts and much of what is assumed about the last King of the Croats may not be anywhere near the truth at all. He was born Prince Aimone Roberto Margherita Maria Giuseppe Torino of the Italian royal house of Savoy on March 9, 1900 in Turin. He was the second son of Prince Emanuele Filiberto, 2nd Duke of Aosta and Princess Helene. His paternal grandparents were the controversial King Amadeus I of Spain and Princess Maria Vittoria and his maternal grandparents were Prince Philippe of Orleans and the Infanta Maria Isabel of Spain. King Victor Emmanuel II of Italy was his great grandfather and, as such, on September 22, 1904 he was given the title of Duke of Spoleto to be held for the rest of his life. 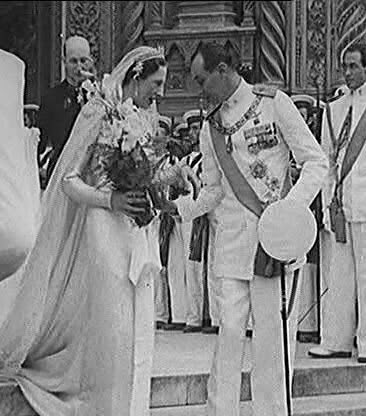 An avid outdoorsman, the Duke of Spoleto made the news when he tried to climb K2 in Karakorum in the Himalayas, the second highest mountain on earth in 1929. His uncle, the Duke of the Abruzzi had tried twenty years before and Prince Aimone decided to focus his efforts purely on scientific research rather than a race for the top. He also became known, in his adulthood, as something of a ladies man. The tall, handsome prince was considered quite a prize by most women and there were numerous rumors about him, especially concerning a relationship with the daughter of King Alfonso XIII of Spain the Infanta Beatriz. However, he did finally settle down when he married Princess Irene of Greece on July 1, 1939 in Florence. This brought about some new family connections for the House of Savoy as Princess Irene was the daughter of the Greek King Constantine I and Princess Sophie of the German Imperial Family of Prussia. The couple eventually had one son, Prince Amedeo, who was born on September 27, 1942. Little did he know on his wedding day in 1939 that in a few years he would be declared the reigning monarch of a new country.

In April of 1941 the Axis forces of Nazi Germany and Fascist Italy invaded and conquered the Serbian dominated Kingdom of Yugoslavia. Of the many minority nationalities who had been handed over to Serbia after the Allied victory in World War I none were so eager for liberation as the Croatians and they quickly set up the Independent State of Croatia under the leadership of the Ustashe party of Head Man Ante Pavelic. A new government was quickly established under Italian supervision as southern Europe was considered by the Axis to be within the sphere of the Kingdom of Italy and the new Roman Empire Benito Mussolini dreamed of creating around the Mediterranean. The following month Ante Pavelic went to the Quirinal Palace in Rome to meet with His Majesty Victor Emmanuel III, King of Italy, Albania and Emperor of Ethiopia, to request that he appoint a member of the House of Savoy to be the king over the new Croatian State recently established. On May 18, 1941 the ceremony was held in which the Italian monarch named his cousin Prince Aimone as the new King over Croatia, which also included what is now Bosnia and Herzegovina.

This is where the story becomes really interesting since many enemies of Croatia, especially enemies of the Ustashe but really enemies of a free Croatia period, like to state that Aimone was never really a true Croatian monarch. However, that argument is obviously false and these people contradict their claim by their own arguments as we shall see. The ancient Crown of Zvonimir was solemnly given to Prince Aimone who took as his reigning name King Tomislav II in honor of the heroic Tomislav who was the first King of an independent Croatia in ancient times. This in itself shows that Aimone or Tomislav II was serious about his new position. Enemies like to repeat the story that when Aimone first heard of the appointment he thought his cousin the King was playing a joke on him, implying that he never considered the job anything more than that himself, but such an implication is obviously false. By taking the name of an honored hero from Croatian history Tomislav II was obviously making an effort to adopt the culture of his land and illustrate that a new period of greatness was upon them again and that free Croatia had been reborn.

The enemies of Tomislav II and Croatia also like to point out that the reigning monarch never actually set foot in Croatia, trying to make the case that his reign was never more than a matter of titles which he nor anyone else gave the slightest thought to. This is an argument that is a lot like rat poison; mostly good food but just enough strychnine to kill you. It is true that Tomislav II never resided in Croatia yet it was specifically because he took his job so seriously and was committed to being a truly Croatian monarch for his people and not simply an Axis puppet for Italy. Everything was set up for him to be given a formal Catholic coronation in Duvansko Polje in Bosnia but he refused to do so out of protest to the seizure of certain coastal areas of Dalmatia by Italy. He refused on the grounds of the sovereignty and national integrity of the country over which he was king! Tomislav II stated that this land was never going to be able to be fully integrated into Italy and by the Italian seizure of the territory it only served as an obstacle to better Italian and Croatian friendship. His refusal to enter the country was well thought out and based on a principled stand of putting his new country first, even before Italy. 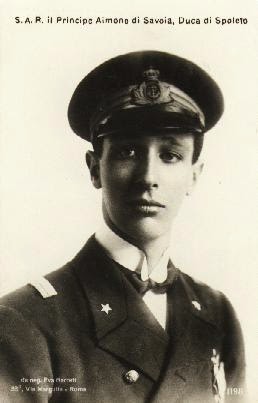 This was based on agreement by which Mussolini would support Pavelic in restoring Croatian independence, in exchange for which the Italians would receive territorial concessions on the coast, basically consisting of Dalmatia. As compensation, the new Croatia was to include all of Bosnia and Herzegovina, which it did. And, actually, Italian and Croatian nationalist collaboration actually had a history behind, united as they were by a shared opposition to Yugoslavia and the extensive territorial concessions to Serbia after World War I. When Gabriele D’Annunzio and his Italian nationalists had seized Fiume, on the Dalmatian coast, they gave their moral support to the Croatian nationalists of the region, encouraging them to rise up against the Serbs to reclaim their independence. It is also true that, in the past, even under the Empire of Austria-Hungary (Croatia being a part of the Kingdom of Hungary) that Dalmatia and Croatia were always identified separately. So, there was certainly grounds for a legitimate difference of opinion over who Dalmatia should belong to. However, King Tomislav II, an Italian by birth and by blood a member of the proud Italian House of Savoy, took his new title seriously and refused to automatically take the Italian point of view and instead insisted that Dalmatia was Croatian and would not just be instantly turned over to Italy.

Enemies of the Croatian King also like to say that Tomislav II was simply a powerless figurehead who had nothing to do with Croatian life, cared nothing about it and was only a symbol of the Ustashe regime of Ante Pavelic which held the real power in the country (and which has the worst reputation). An easy response to that allegation is simple: Well So What?! Was King George VI of the UK and the British Empire no less a real monarch because he reigned while a government ruled in his name? What other monarch in any European country at the time actually ruled his country personally in an absolutist manner during World War II? He reigned but did not rule and this was the accepted practice of all monarchs of his time and still is today. He was, like any monarch then or now, a symbol of Croatian unity and tradition and was never meant to be a political administrator. However, that does not mean he did nothing or took no interest in his country. In the areas for which the monarchy was responsible he was quite active. For instance, while King he granted 60 titles of nobility such as duke, marquis, count, viscount and baron for Croatia; something he certainly would not have done if he considered his position purely honorary and nothing more than an additional title. He had enough of those anyway as one year after becoming King his full title was extended to: His Majesty Tomislav II (or Zvonimir II) King of Croatia, Prince of Bosnia and Herzegovina, Voivode of Dalmatia, Tuzla and Temun, Duke of Aosta, Prince of Cisterna and of Belriguardo, Marquess of Voghera and Count of Ponderano. 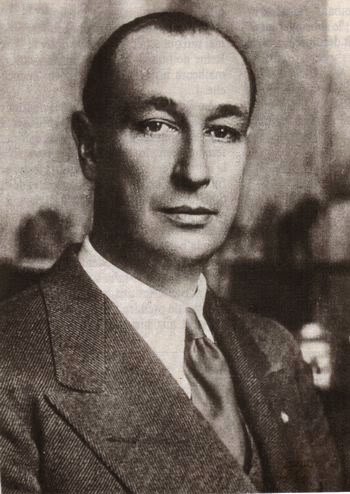 The final change came on March 3, 1942 when he inherited the title of Duke of Aosta from his elder brother Prince Amedeo, Third Duke of Aosta who died in Tanzania as a British prisoner of war after having been taken in the fighting in Italian East Africa. His time as King of Croatia came to an end the following year though when the fortunes of war forced the Italians to seek an armistice and King Tomislav II abdicated the throne on July 31, 1943. One of the absurd things about the enemies of the King and Croatia is that they will claim he was never really king and yet know by heart and openly talk about the date of his abdication. They never care to explain how someone who was never really a king can abdicate his throne. In any event, Prince Aimone, now Fourth Duke of Aosta, went on doing his duty as best he could for his native land. Before World War II ended he took command of the important Italian naval base at Taranto however he was soon labeled as “too fascist” by the new powers that be when he expressed his disapproval of the judges who had handed a guilty verdict to General Mario Roatta. The Duke of Aosta, by then a Squadron Admiral in the Royal Italian Navy, was dismissed and at the end of the war pressure forced him to move to South America. He died in Buenos Aires in 1948. As far as Axis military figures go he was mostly forgotten but he is still widely remembered today as the last King of the Croatian people and their first (and so far only) independent monarch of modern times.
Posted by MadMonarchist at 6:45 AM