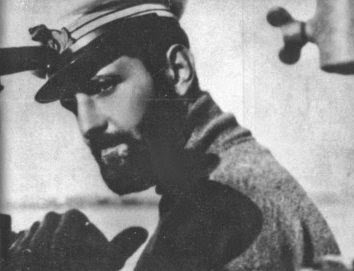 When it came to submarine warfare in World War II, numerous countries produced great, successful commanders and undoubtedly the Germans were at the top, sinking more enemy ships than anyone else by a considerable margin. However, apart from the German U-Boat commanders, the most successful submarine commander of World War II was an Italian officer, Lieutenant Commander Gianfranco Gazzana Priaroggia. During his career, this Italian submarine ace sent more enemy shipping to the bottom than anyone from the Soviet, Japanese, British or American navies. When it came to undersea warfare, he was the best Italy had, the best anyone outside of Germany had and his name will always be remembered as one of the great, legendary figures in the submarine community. He was born in Milan to a family of Genoese ancestry on August 30, 1912 and entered the Italian Naval Academy in 1931. In January, 1935 he earned his appointment as a midshipman and in January of the following year was promoted to Sub-Lieutenant to complete his training on board the cruisers Trento and Trieste. In 1937 he volunteered for service in the submarine force.

Gazzana-Priaroggia’s first action in the submarine force was two special missions during the Spanish Civil War aboard the Balilla class submarine Domenico Millelire. This was the second boat of the Balilla class which were the first Italian subs built after the First World War. In October of 1938 he was posted to the Malachite, one of the Perla class submarines of the 600 Series. He was serving on the Malachite when the Kingdom of Italy entered World War II but was soon promoted to full Lieutenant and executive officer on the submarine Durbo, one of the Adua class of the 600 Series. Later, he served again as second-in-command of the submarine Tazzoli, after April 5, 1941 under the command of the Italian submarine ace Lieutenant Commander Carlo Fecia di Cossato. In that capacity he contributed to the sinking of twelve Allied ships, accounting for 68,000 tons. This was in the difficult waters of the Atlantic, heavily guarded by the massive British Royal Navy but one day Gazzana-Priaroggia would go on to break the record of even his capable commander who would himself go on to sink a total of 18,000 tons of Allied shipping. 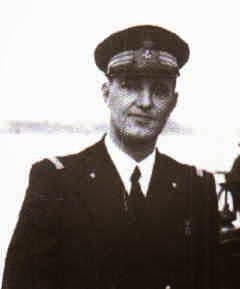 After gaining all of this valuable experience, Gazzana-Priaroggia was finally given command of his own submarine, the Archimede, one of the five Brin class subs built to replace those handed over to the Spanish Nationalists. It had made a harrowing escape from Italian East Africa to reach the French coast to participate in the war in the Atlantic. On August 10, 1942 Gazzana-Priaroggia was given his most famous command, the Marconi class submarine Leonardo da Vinci which would prove the most successful Italian submarine of the war. Operating out of Bordeaux, the Italian submarine base in the Atlantic (Betasom), Gazzana-Priaroggia took a terrible toll as he hunted along the Allied shipping lanes. On May 6, 1943 he was given a battlefield promotion to Lieutenant Commander and during his career earned 3 Bronze Medals of Military Valor and 2 Silver Medals of Military Valor. Ultimately, his total would be 90,601 Gross Registered Tons of Allied shipping sunk, higher than any other non-German submarine commander. Because of his record of success and the regard the sailors who served under him had for their captain, he was nicknamed Ursus atlanticus.

However, for a captain who saw so much action and faced death so fearlessly, his good fortune was bound to run out. On his way back to base from another successful patrol (for which he earned his promotion to Capitano di corvetta) his submarine was spotted by the British destroyer HMS Active and the frigate HMS Ness just west of Cape Finisterre. Hopelessly outmatched, Gazzana-Priaroggia and his sailors fought to the last but the Leonardo da Vinci was sunk and lost with all hands, the captain going down with his boat. This was a terrible blow for the Regia Marina and the Italian nation as a whole as their most successful submarine commander was gone. In death, he was given his final recognition being posthumously awarded the Knight’s Iron Cross from Germany and the Gold Medal for Military Valor by King Vittorio Emanuele III. He had not survived the war but his name will live on forever in the submarine community as one of the best there has ever been. As a testament of his legacy, in 1993 the Italian navy named the last of the Nazario Sauro class boats, the Primo Longobardo sub-class boat S525 the Gianfranco Gazzana Priaroggia in his honor. 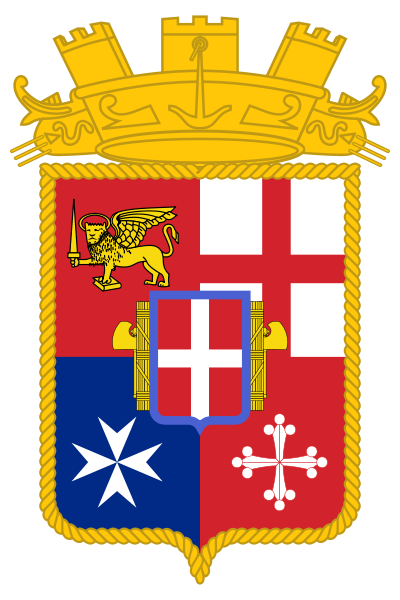 Posted by MadMonarchist at 12:05 AM