The Sicilian Revolution of 1848 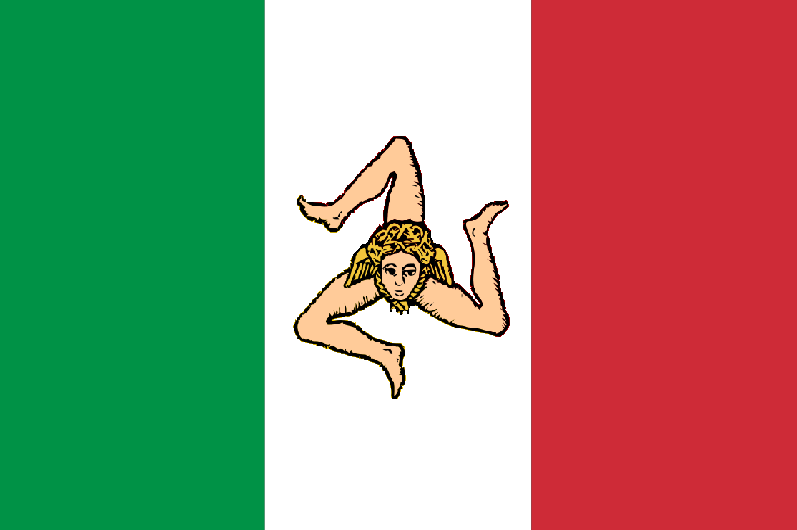 1848 is known as the year of revolutions and it all started on this day in 1848 on the island of Sicily. It was, in many ways, an attempt to revive the previous constitutional government enacted in Sicily after the French conquest of Italy when the Bourbon Royal Family was forced to flee Naples and relocate to the island. The nobles were able to pressure King Ferdinando IV of Naples (Ferdinando III of Sicily and later Ferdinando I of the Two-Sicilies) to enact a constitution based on the British Westminster model of limited government, constitutional monarchy. However, once Napoleone was defeated and the King restored to his throne in Naples the constitution was promptly abolished. The 1848 Revolution was an attempt to revive that model, along with Sicilian independence but also as part of a grander scheme to create a united federation of Italian states. The uprising was timed to coincide with the birthday of King Ferdinando II of the Two-Sicilies who had early been the hope of the liberals but who later suppressed the advocates of constitutional government in Sicily. That is what the "revolutionaries" of 1848 wanted, a constitutional monarchy under the Bourbons that would be part of a wider Italian federation.

After further rebellions broke out in southern Italy, Ferdinando II did finally agree to having a constitution, however, it was never finalized due to a dispute with the King over his oath of 'office' as it were. Eventually, the Bourbon troops were able to use force to suppress the new government, restore the absolute power of the King and the constitution was, again, discarded. However, the revolution in Sicily in 1848 was noteworthy for having produced an independent government for at least 16 months led by Ruggero Settimo ("Roger VII, a name going back to the Norman Kings of Sicily of the Middle Ages). It also sparked a wave of pro-constitutional uprisings throughout Italy because of its real, albeit short-lived, success. The most prominent was King Carlo Alberto of Piedmont-Sardinia who raised the tricolor flag and enacted a new constitution. Other Italian monarchies did the same but all ended up revoking their constitutions after the crisis had past with the exception of the Savoy monarchy in Piedmont-Sardinia. This was the origin of the nickname of King Vittorio Emanuele II as the "honest king" because he stood by the constitution and did not abolish it as his contemporaries had done.

The uprising also set the scene for First Italian War for Independence, led by King Carlo Alberto with the other Italian states participating against Austria, which was not successful. However, it proved that there was a sizable number of people in Sicily and across the Italian peninsula who favored Italian unification. However, it also brought into contrast the division between those who favored constitutional monarchy and those who favored republicanism. The republicans could point to the revocation of the constitutions in Sicily and across the peninsula as proof that the monarchs could not be trusted to keep their word and that republicanism was, therefore, the only solution. However, the constitutional monarchists could point to King Carlo Alberto and Vittorio Emanuele II who upheld the constitution and argue that the problem was not monarchy but rather the individual monarchs themselves who, rather than coming together in a confederation, should simply be replaced by the King of Piedmont-Sardinia. It was one step on the road to the unification of the country and the creation of the Kingdom of Italy.
Posted by MadMonarchist at 2:25 PM