Evolution of the Italian Flag 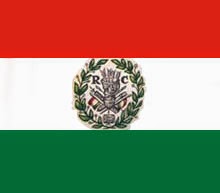 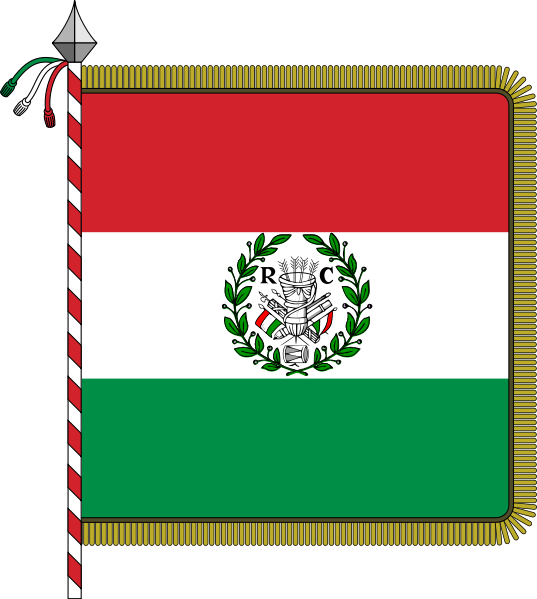 It was on this day in 1797 that the forerunner of the flag of Italy was first adopted; the tricolor flag of the Cispadane Republic. This was a small puppet-state created with the support of the First French Republic after the conquest of northern Italy by the army of General Napoleone Buonaparte. Everywhere the French revolutionary army marched they set up small republics in their own image (as well as planting those ridiculous "Liberty Trees" everywhere) and the Cispadane Republic was one of these, covering mostly what had previously been the Duchy of Milan as well as Modena, Bologna, Ferrara and Reggio Emilia. The Congress of the Cispadane Republic adopted the flag which featured colors probably inspired by the banners and uniforms of the Lombard Legion and the Italian Legion which were red, white and green. The government had been established by Napoleone and the troops were organized to assist the French in their war against Austria. Although it gave opportunity of those of nationalist, pan-Italian ideals, it was in no way a legitimate, sovereign country as ultimate power still lay with the French Republic which would be proven by how successor regimes changed their governing style based on similar changes in France. When the Cispadane Republic was united with the Transpadane Republic to form the Cisalpine Republic, they adopted a more familiar flag:
The Cisalpine Republic covered much of northern Italy and what had formerly been the Republic of Venice but it too was a client-state of the French Republic and it was the French who first published the constitution of the Cisalpine Republic. It's flag was inspired by that of the Cispadane Republic but was done in the French vertical rather than horizontal style. In 1802 it changed itself to the Italian Republic with Napoleone as president and adopted a different flag.
The (Napoleonic) Italian Republic did not last long, only from 1802 to 1805 and was basically a vehicle for maintaining French rule over northern Italy. When Napoleone made himself Emperor of the French, republicanism was suddenly no longer fashionable and the Italian Republic was hastily converted into a monarchy for the French Emperor.
The Italian Republic became the Kingdom of Italy with Napoleone Buonaparte as King of Italy which was a larger state than its predecessors. It was under the immediate rule of Napoleone's step-son Eugene de Beauharnais who served, with ability, as Viceroy. It was a stylish state but still essentially a dependency of the First French Empire. When France was defeated the Kingdom of Italy did as well as most of its territory was seized by the Austrian Empire.
The tricolor flag was used for many years as the preferred symbol of pan-Italian nationalism and patriotic movements struggling for independence. However, it did not become an official national flag again until King Carlo Alberto made it the national flag of the Kingdom of Piedmont-Sardinia in 1848 with the addition of the Savoy arms in the center (the war flag also featured the Savoy crown). Other Italian states did the same in and after 1848 as they adopted constitutional government (though none but the Savoy would uphold them after the crisis was over) with their own special insignia or royal arms displayed in a similar way, such as:
As Italian independence was won and the country was united, the 1848 flag of Piedmont-Sardinia was taken up as the official national flag of the new Kingdom of Italy. On April 15, 1861 the green, white and red tricolor with the Savoy royal arms was legally declared the Italian national flag and remained so until the republican period when both the Salo Republic and the modern Italian Republic made the national flag an empty tricolor, removing the Savoy arms. 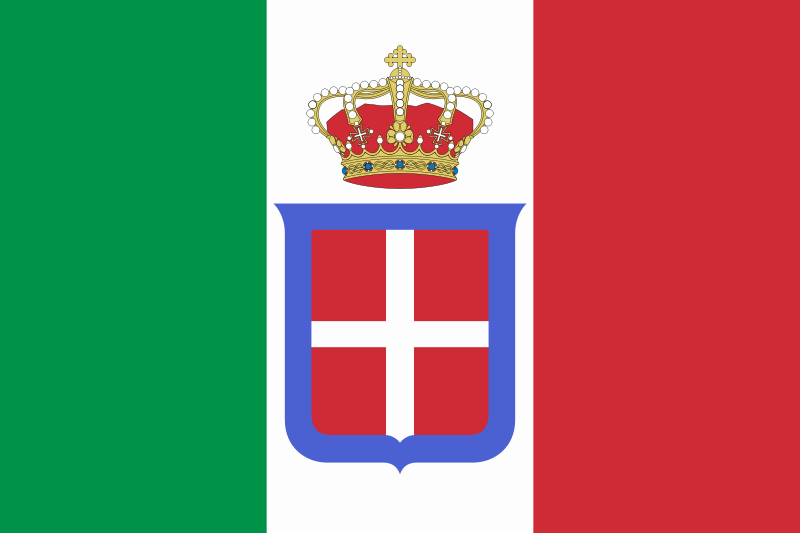 Posted by MadMonarchist at 12:47 PM

Email ThisBlogThis!Share to TwitterShare to FacebookShare to Pinterest
Labels: flag