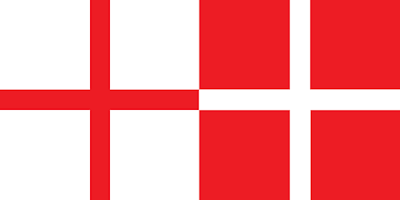 Throughout the earliest periods of British royal history, after the Roman conquest of course, there were few official connections with Italy but probably more than most realize. In terms of royal consorts, the English monarchs originally took local wives and after the Norman conquest brides from France were preferred. However, one of those, Eleanor of Provence, wife of King Henry III of England, was a daughter of the Count of Provence and Beatrice of Savoy, daughter of Count Tommaso I of Savoy, the Imperial Vicar of Lombardy. This was the first connection between the English Royal Family and the Italian House of Savoy. Later, during the reign of the Tudor dynasty, as the Italian city-states gained dominance in trade and banking, one first began to see English monarchs who could speak fluent Italian with Queen Elizabeth I. It was also the first Tudor monarch, King Henry VII, who employed "John Cabot" (actually Giovanni Caboto of Genoa) in his expedition of discovery to Canada. His son, King Henry VIII, employed Italian mercenaries (as well as Germans) in the suppressing of the "Prayer Book Rebellion" of 1549. It is remembered that when the Italian soldiers, who were of course Catholic, learned what their employer had them fighting for, that they went to confession, sorry for what they had done. 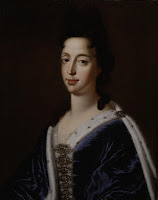 After the House of Stuart came to the throne of England, there were to be more Italian connections than ever before. King Charles I was married to Henrietta Maria of France who was the daughter of Queen Marie de' Medici and it was their son, King James II, who had as his consort Queen Mary of Modena, the daughter of the Duke of Modena and Laura Martinozzi. When the end of the Stuart reign, British monarchs mostly restricted themselves to German spouses but the Italian connections to the House of Stuart were only strengthened. The son of King James II and his Italian bride Queen Mary of Modena, who would have been King James III, spent the final years of his life in Italy, living in a palace gifted to him by the Pope in Rome. His son, "Bonnie Prince Charlie", who would have been King Charles III, spent most of his life in Italy, growing up largely in Rome and after the failed Jacobite uprising of 1745 and some years in France, returned to Italy and lived in Florence. In fact, he had his first experience of battle in Italy at the 1734 siege of Gaeta. He died with no legitimate heir and was succeeded by his brother, Cardinal York, who of course had no children and so the Stuart claim to the British throne then passed to the Italian royal house.

A daughter of King Charles I and his half-Italian bride Henrietta Maria was Princess Henrietta of England. She married the French Duke of Orleans and it was her daughter, Anne Marie of Orleans, who married King Vittorio Amadeo II of Piedmont-Sardinia, House of Savoy. Because of that union, when Prince Henry, Cardinal York, last male heir of the Stuart line died, their claim to the British throne fell to King Carlo Emanuele IV of Piedmont-Sardinia, making the head of the House of Savoy the pretender to the British throne as "King Charles IV" in 1807, though he never pressed such a claim. The Stuart claim remained with the House of Savoy until the death of Princess Maria Beatrice of Savoy, wife of the Duke of Modena after which it fell to a cadet branch of the House of Habsburg and finally the Bavarian royal House of Wittelsbach (it is next set to pass to the princely House of Liechtenstein). Had then things gone differently in the course of history, the British and the Italians might have shared a royal family, at least for a period of time.
Posted by MadMonarchist at 4:46 PM