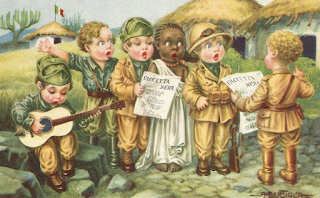 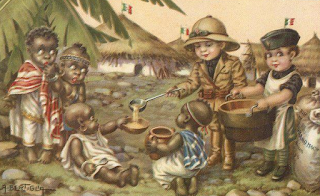 Two Blackshirts hand out food to tiny Ethiopians, putting a humanitarian face on the invasion. 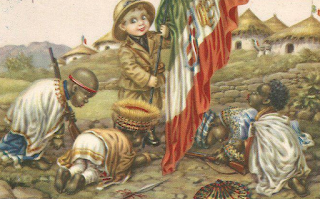 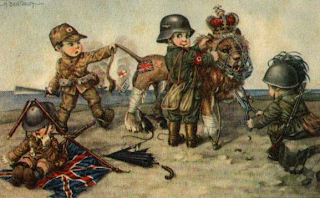 World War II; while a beaten British Tommy sits nearby, little Japan holds the tail of the British lion while little Germany puts a muzzle on the beast and little Italy trims its claws. 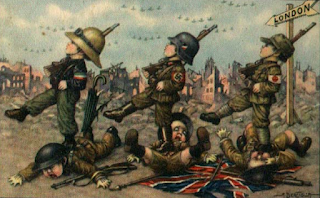 Before a bombed out London, little Italy, Germany and Japan march triumphantly over a 'carpet' of defeated British soldiers in what was obviously meant to be a morale-booster.

Posted by MadMonarchist at 12:08 PM