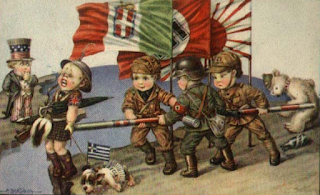 From the early days of WW2, while the Russian bear staggers drunk in the background, little Italy, Germany and Japan are about to push over little Britain who holds the leash of his loyal pet Greece. A worried America looks on from overseas but takes no action. 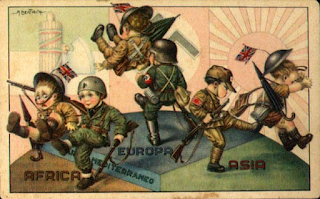 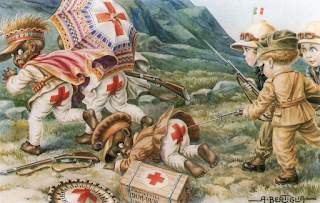 Here is a controversial one from the Second Italo-Abyssinian War showing Italian forces defeating Ethiopian chieftains who are misusing the emblem of the International Red Cross -a reference to the accusations that Ethiopian forces used the Red Cross to shield their military activities, making them a legitimate target. 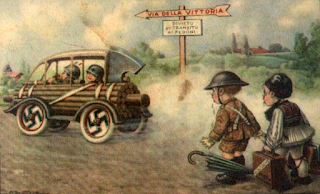 Lastly, another WW2 card, this one showing Italy and Germany zooming down the road to victory in a car (driven by Italy) that resembles a large fasces with swastika wheels, leaving Britain and Greece behind. 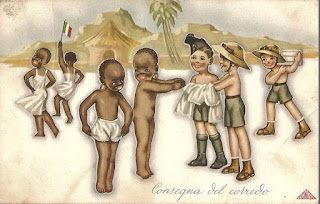 Posted by MadMonarchist at 7:56 PM