The Abdication - Today in Italian History 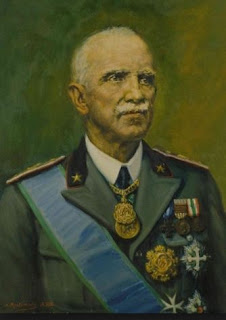 It was on this day in 1946 that His Majesty Vittorio Emanuele III abdicated as King of Italy, passing the crown to his son, Umberto II, who was already acting on his behalf as 'lieutenant of the realm'. The general assumption has usually been that the King abdicated, three weeks before the referendum on the future of the Italian monarchy, to improve the chances of his son in the upcoming vote. As with most things involving King Vittorio Emanuele III, arguments continue on this subject and it has been the focus of criticism from elements on the left as well as the right. Some republicans opposed the abdication because they feared it would improve the position of King Umberto II in public opinion. Other republicans supported it as a 'too little, too late' gesture that would be seen as an act of manipulation. On the right, there were monarchists who opposed it because of the already too-leftist direction the country was taking while others supported it as the necessary result of a lost war. There were also those, and not a few, who thought it should have happened much sooner in order to save the monarchy by making a fresh start as soon as possible with a new monarch who had not been on the throne during the Fascist era and the painful invasion of Italian soil. Many have puzzled over what the King must have been thinking in abdicating when he did after waiting for as long as he did in spite of the clear pressure from anti-Fascist politicians as well as the Allied nations for him to do so. I could be wrong of course, but to me, the King's position seems clear.

For one thing, the King rightly felt that his own abdication was unjustified in so far as it implied his being responsible for the entire Fascist era, which was how the issue was usually framed. It was only after the Liberals failed to come together to put forward an alternative and only after numerous offers to other political figures had been rejected that the King had invited Mussolini to form a government; a government which was originally a coalition government in which the Fascists were a minority. The public, unpopular as it later became to say so, had been supportive of Mussolini for most of his tenure and it had, after all, been the King who had taken action to finally have the Duce removed from power and took the first steps to getting Italy out of the war. The King was also very much alarmed at how many dangerous elements, including communists fresh from Russia, were already being taken in to the Badoglio administration. He did not hold out much hope for his son being given a fair chance in light of all of this and that the ultimate result would be the end of the monarchy and a republic that would be ruinous for everyone but the communists. It is worth pointing out that events would ultimately prove the King entirely correct in all of these predictions. 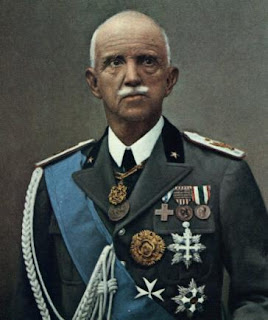 In the end, my own thoughts on this subject are rather complicated though undoubtedly sympathetic to the King. In my view, he should not have had to abdicate at all and yet such a thing was probably unavoidable and being unavoidable it would have been better to have come sooner rather than later. It was only the latest in what had become a series of 'no-win' situations for the King of Italy. His departure from Rome, for example, was a disaster but staying behind would have probably sealed his fate and led to disaster as well. Abdication was not unprecedented in such circumstances and he had already surrendered his thrones as Emperor of Ethiopia and King of Albania but the issue had been framed in the context of the Fascist dictatorship and as such it was unavoidable that abdication would be seen by many as an implicit acceptance of responsibility for that, which was completely wrong. Abdicating earlier would probably have made things better for King Umberto II but, would it really have changed the outcome of the referendum? Given that it was the enemies of the monarchy who were carrying out the referendum and counting the votes, it is hard to see how this could be. It was a rigged contest which is plainly evident to all but the willfully ignorant. As such, the abdication of the King was a sad event, a complicated event and probably represented a situation for which there simply were no "good options" left available.
Posted by MadMonarchist at 2:15 PM