When Italy Returned to Rhodes 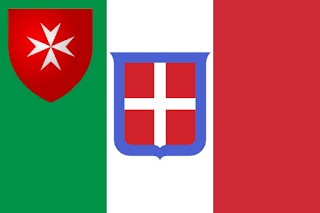 It was on May 4, 1912 that the forces of the Kingdom of Italy landed on the historic island of Rhodes, which had been under the rule of the Turkish Ottoman Empire virtually since 1522 when the Turks conquered the island from the Christian Knights Hospitaller. The island actually played a key part in the history of the Italian Royal Family as one of the earlier Counts of Savoy, Amedeo V (“Amadeus the Great”), had fought with the Knights Hospitaller defending Rhodes from the Turks, beginning the association of the House of Savoy with the white cross on a red field and the Savoy motto “FERT”, an abbreviation of “Fortitudo Eius Rhodum Tenuit” or ‘His Strength Preserved Rhodes’. Due to this long legacy, there was a sense of something historically significant when the Italian forces landed on Rhodes, ending centuries of Islamic rule over the island and restoring it to the rule of a Catholic, Christian monarch. Originally, it was not certain that Italian rule would be permanent over Rhodes but eventually, after the defeat and downfall of the Ottoman Empire in World War I, the Turks recognized Rhodes and the other Dodecanese Islands as an Italian possession.

Rhodes was then grouped with other islands in the area as part of the Isole italiane dell’Egeo or ‘Italian Islands of the Aegean’ in terms of their colonial administration. The original intent of the islands was to serve as a strategic stepping stone for further Italian expansion as part of what had been the Allied plan for the partition of Turkey which ultimately never came about. Italian naval bases were established in the islands and they would ultimately play a part in World War II but there was never any further expansion at the expense of Turkey. Early on the islands were under military rule but later a civilian administration was established. In the beginning of the period of Italian rule, multiculturalism of a sort prevailed with all ethnic and religious communities existing as they always had other than that the preeminence of the Muslims was removed. All of that changed, however, with the appointment of Cesare De Vecchi, Count of Val Cismon, was appointed governor in 1936, serving until 1940. 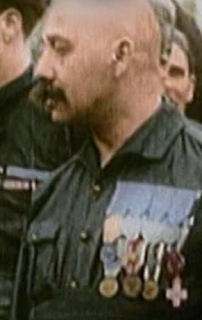 Cesare De Vecchi was a staunch Catholic and monarchist Fascist who had been one of the quadrumvirs who had led the “March on Rome” by the Black-shirts in 1922. As the governor of the Dodecanese, De Vecchi embarked on a new program to make the islands more ethnically and culturally Italian. Just as he had previously encouraged Catholic missionaries to spread Christianity in the largely Muslim parts of the Italian empire in Africa, De Vecchi (the first Italian ambassador to the Holy See) favored the Catholic Church in the islands at the expense of the Greek Orthodox. Italian names replaced Greek and Turkish names for streets and landmarks, the Italian language became mandatory in the schools and the official language of government and Italian settlers were encouraged to move to the islands and intermarry with the locals. Ultimately, however, relatively few Italians did so though the Italian community present today descends from those who did. Public works campaigns were launched to provide employment and build up the local infrastructure as well as to leave a Fascist Italian architectural mark on the islands. Archeological research was also undertaken to study and preserve the ancient history of the islands and, in a way that was politically helpful, highlighting their past place in the Roman Empire.

In the end, Italian rule over Rhodes lasted until 1943 when Marshal Badoglio arranged an armistice with the Allies. Italian armed forces were taken by surprise with this turn of events and the British and Germans both hoped to take control of Rhodes for the benefit of their own forces. The Germans, being closer at hand, arrived first and Admiral Inigo Campioni had to decide witch side to support. He chose to remain loyal to the government of King Vittorio Emanuele III and so Italian forces did their best to defend the islands from the German onslaught. At first, the fight went rather well but the surrender of Italian forces in Greece left the islands isolated and the British were in no position to support them in their resistance to the German attack. Finally, Admiral Campioni decided to surrender which caused no small amount of confusion given that Italian forces had been so successful in numerous areas. When word first filtered down, some assumed that it must have been the Germans who were to surrender to the Italians only to discover later that it was they who would have to give up. 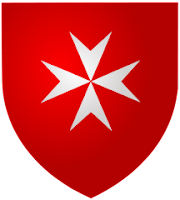 Control of the islands proved critical as it enabled the Germans to thwart a British offensive in the area later. For the Italian forces taken prisoner, their fate was similar to those elsewhere. Some were killed when their transport was sunk by a British naval attack, others were massacred by the Germans. Some joined resistance forces in Greece, others were held prisoner and eventually joined the pro-German forces of the Italian Social Republic. After the war, the islands were awarded to the Kingdom of Greece by the Allies (United Nations) and so they remain in Greek hands today.
Posted by MadMonarchist at 8:47 AM