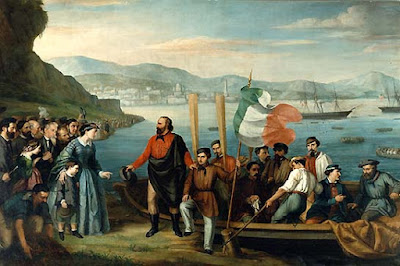 The fifth of May is a significant day in the history of the Kingdom of Italy with two significant events that stand out, one in the creation of the Kingdom of Italy and the other in considerably expanding its power overseas. The first, and probably more famous, event came on this day in 1860 when Garibaldi and his intrepid band of one thousand volunteers set sail from Genoa bound for the island of Sicily. This marked the beginning of one of the most stunning and successful military campaigns in Italian history, a real upset that saw a ragged band of mostly inexperienced romantics, take on a large and professional standing army and win. It was the start of the campaign that ultimately ended in the reunification of northern and southern Italy for the first time practically since the fall of the Roman Empire. With the sailing of those ships carrying Garibaldi and "the Thousand" the course of Italian history was set to change forever in a major way. 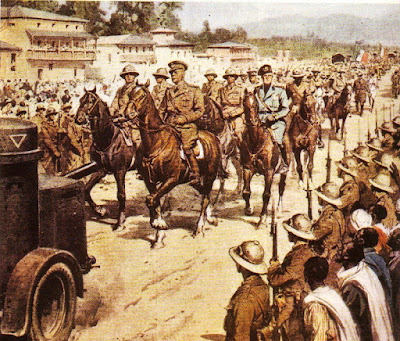 On, perhaps, a more controversial note, it was the fifth of May in 1936 that Italian troops occupied the Ethiopian capital of Addis Ababa, the culmination of Mussolini's "Marcia della ferrea volonta" or 'March of the Iron Will' to end the Second Italo-Abyssinian War with a dramatic and awe-inspiring show of force. After exhorting his people to fight to the last, Emperor Haile Selassie had fled the city several days earlier for French Somaliland and immediately after his departure the city erupted in a frenzy of looting and vandalism, the Imperial Palace itself being thoroughly gutted before Italian troops arrived and restored order with Marshal Pietro Badoglio proclaiming a victorious end to the war in Ethiopia. When word of the success reached Rome, the event became probably the most celebrated victory of the Fascist era.
Posted by MadMonarchist at 7:17 PM