Julius Caesar - The Threat of a Monarch 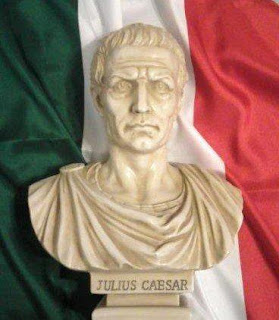 When speaking of the great and glorious Roman Empire there is no better place to start than with Julius Caesar. He was, as most know, never formally the “Emperor of Rome”, Augustus being the first Roman Emperor, but there is no doubt that he was the ‘founder of the feast’ so to speak. None of it would have happened without him, Augustus gained his position due to being the heir of Caesar and Caesar himself occupied much the same position only in a less formalized way. He laid the foundation and it was from him that the subsequent monarchs, of the Julio-Claudian dynasty and beyond, drew their ancestral legitimacy and inspiration. Julius Caesar is known as one of the great conquerors of history, one of the commanding, controversial “strong men” and also as an example, in a way, of republican extremism. Several times offered the crown of monarchial power, he declined it. Yet, he was assassinated out of fear that he would establish a monarchy by people who feared his power, his genius and his popularity.

Gaius Julius Caesar was born on July 13, 100 BC. Born into a patrician family he was also born into the intrigues and numerous civil wars that were overwhelming the late Roman Republic. The Social War, the invasions of Mithridates and the ongoing feud between the populares and optimates. This had a direct impact on Caesar as his uncle Marius (a popularis) fought a violent feud with his old protégé Sulla (an optimas). When Julius Caesar became head of his family at the age of 16 in 85 BC his family was targeted by Sulla and it was only through the influence of his mother’s relatives that he survived. He took refuge in the army where he began to gain a prestigious reputation which, not unusually, followed him into the political sphere as well. In time he was able to defy the regime of Sulla in certain symbolic ways while increasing his own power and influence. 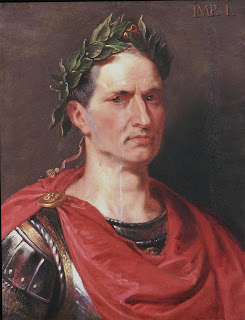 Caesar held a number of offices and also began to gain more political enemies. An illustrative case came in 63 BC when he was accused of plotting against the republic. He was cleared of the charges but removed as praetor the following year over a piece of legislation but was reinstated when the people rose up in his favor. Regimes in decline (like the Roman Republic) often punish success and fear popularity (the Roman Empire would do the same in its final days) and Caesar had already demonstrated both attributes. This only increased following a successful military campaign in the Iberian Peninsula after which Caesar declined the honor of a triumph in order to continue his political career.

The result was the (informal) First Triumvirate of Caesar, Pompey and Crassus. Early on his political enemies attempted to limit his power as much as possible but they were unsuccessful and when his term ended Caesar went on to gain ever more prestige and popularity by waging, and writing about, a campaign of conquest in Gaul, fighting and subduing Gallic tribes, Spanish forces, Belgian forces and even raiding Britain. In his absence, in 50 BC, Pompey tried to thwart Caesar by passing laws aimed at him against standing for election in absentia which had always been allowed before. Ultimately, Caesar was forced to choose between losing his power in yet another coup or (as his old family foe Sulla had previously done) marching on Rome itself which was sure to spark civil war. As we all know Caesar decided to march on Rome and crossed the Rubicon famously saying, “the die is now cast”.

With only the XIII Legion Caesar was greatly outnumbered by Pompey but he had no desire to fight the famed conqueror of most of Western Europe and he fled. Leaving Lepidus and Marc Antony in charge in Rome, Caesar pursued Pompey all the way to Alexandria, Egypt where Pompey was killed by a Roman in the employ of King Ptolemy XIII. It was during the fighting and politicking in Egypt that Caesar famously fell victim to the charms of Queen Cleopatra. He installed her as the ruler of Egypt and the two were even married in the Egyptian religion (which had no validity in Rome) and the ambitious Cleopatra dreamed that her and Caesar would conquer the world and rule as divine monarchs in eastern style. How real these aspirations were and whether Caesar shared them is a matter of speculation but he did go on to defeat the remnants of Pompey’s forces and was showered with honors in Rome.

By that point, the success and popularity of Caesar meant that his enemies, though few, were prepared to go to even greater extremes to stop him, even if it meant assassination. These enemies, about 40 in all, were all senators and more than anything else they feared the establishment of a monarchy which would be a threat to them and possibly mean the death of the politician-class. Caesar had already been declared “Father of the Country”, Supreme Pontiff, Emperor (Imperator -a military title) and finally Dictator for life. All that was left was the title of King and given that Caesar had earlier adopted his nephew Octavian as his son and heir (to be replaced by Brutus -one of the plotters- if Octavian predeceased him) they were terrified that an imperial dynasty was being established and no matter how Caesar protested against the many honors bestowed on him or insisted he desired no crown, their fears were not allayed. 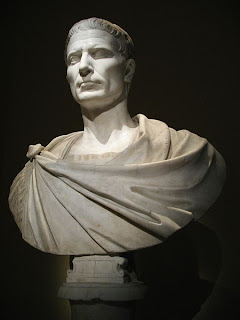 So it was that, on the Ides of March, 44 BC, Caesar was attacked at the portico of the Theatre of Pompey and stabbed 23 times. It is not known that his last words were, “And you too Brutus?” but according to at least one source he may have said something equivalent, shocked that the man he had befriended and benefited would betray him. Thus ended the life of Julius Caesar, hailed by many then and since as one of the greatest men to ever live. The assassins claimed to be acting on behalf of the people but the people were horrified and outraged by the murder and quickly turned on the plotters who had to flee for their lives. We all know the result. The Roman Republic fought one last civil war which ended in Octavian becoming the sole ruler of Rome, voted the title of Augustus (the Exalted) and thus the first Roman Emperor. In 42 BC the Senate voted to deify the fallen hero as ‘the Divine Julius’, which gave his heir Octavian the title of “son of the divine Caesar”.

It is difficult to summarize the life and legacy of so historically large a figure as Julius Caesar. He was immensely successful, immensely popular, a man of great ambition, great vision, great strength and determination. He was neither a republican nor was he ever actually a monarch. Yet, it can perhaps be said in summation of Julius Caesar that, intentionally or not, his life was the death of the decaying Roman Republic and his death was the birth of the Roman Empire that rose up, in Phoenix fashion, from the ashes of his funeral pyre to succeed and surpass what had come before it and it would be the heirs and successors of Julius Caesar who would dominate the known world as the Emperors of Rome.
Posted by MadMonarchist at 9:41 AM